Hundreds of young Christchurch children are suffering post traumatic stress disorder (PTSD) linked to the earthquakes, but fewer than one in ten has access to counselling. 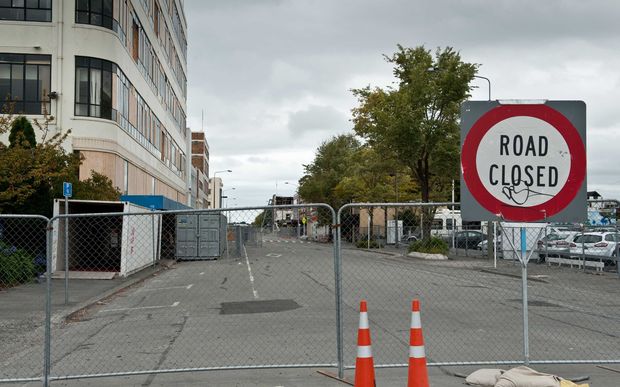 Growing up in a quake-ravaged city has a big effect on children, even if they were only babies when the shaking started Photo: 123rf.com

The Canterbury University research shows more than 60 percent of 320 children, aged from five to seven, who have been tracked since they started school in 2013, are showing symptoms of the disorder.

The symptoms include having meltdowns, lashing out at other students, and being tense and irritable.

While the Ministry of Social Development told Morning Report everyone in Christchurch who needed counselling can get it, just 8 percent of the children showing signs of PTSD have had counselling.

The study started in 2013, on the group's first day at school, and is being headed by associate professor Kathleen Liberty.

"Our data showed that at the end of 2015 - because we followed these children now for three years through Year 3 - that 64 percent of our study children have one or more of these post-traumatic stress symptoms and around 20 percent have six or more symptoms," she said.

Other symptoms include nightmares, bed wetting, and frequent head and stomach aches.

Professor Liberty said a behavioural study was also done in 2006 and 2007 across similar schools so they were able to compare the results.

"In the pre-earthquake parents, around 11 percent said the children had trouble going to sleep at night. But now we have 28 percent of parents reporting their child. That's more than twice as many children having trouble going to sleep. In terms of nightmares, before the earthquakes we had about 18 percent of parents saying children would have nightmares. Now we have a little over 42 percent." she said.

Mairehau School principal John Bangma said while there had always been children with problems, since the earthquakes they had become severe.

He said PTSD was particularly tough on their schooling.

"Absolutely, because the expectations that we have put on children, while they are aspirational, we are looking for children to be at certain stages. It's really difficult for a child if they're coming in and their levels are, say, appropriate for a 3 and a half year old, to somehow make up that huge gap between where we would like them to be and where they actually come from," he said.

Mr Bangma said some children had missed a lot of pre-school because of the earthquakes, and that showed.

"They're coming in with a whole myriad of issues that have to be resolved. And until you teach them some of those basic skills, some of them don't even know what it means to put your lunch box into your bags." he said.

Mr Bangma said his school had employed a kindergarten teacher as a learning assistant to help deal with the growing problem.

Sheila Larsen from the Psychotherapists Association was not surprised by the problems being experienced by children in Christchurch, and said they were born into a traumatic situation.

"We take it for granted that the ground we stand on is solid and firm, and these kids have been brought up in an environment where everything's falling down, shaking and carrying on. Their parents are stressed. They've often had to shift schools, shift homes, sometimes they've been shipped out of the city while their parents stay here. All they've known is this sort of stuff," she said.

Ms Larsen said because these children were babies when the earthquakes first struck, people thought they would be shielded from the trauma, but that had been proven to be wrong.