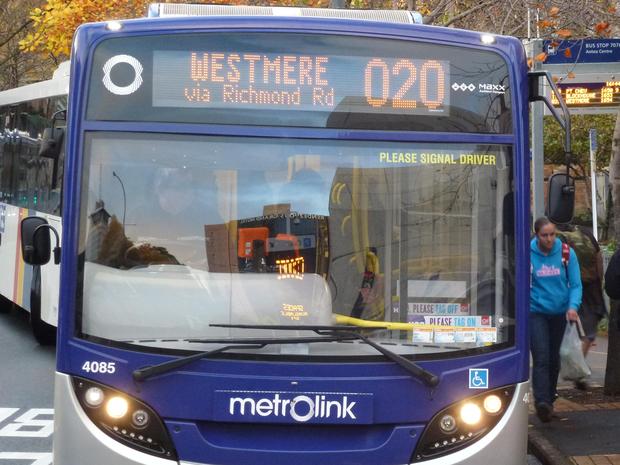 The drivers are due to walk off the job for 24 hours from 4am on Friday morning.

Howick & Eastern drivers are also stopping at the same time, as part of a separate dispute.

The city's Transport Agency is expecting delays for both the morning and afternoon peak travel times. It said people should also look at other ways to travel on Friday, such as car sharing or using a train or ferry.

Auckland Transport is working through contingency plans for the strike and said its priority would be maintaining school services.

NZ Bus said it was frustrated and perplexed by the strike action, saying it could not get a straight answer about why drivers have called the strike.

Chief operating officer Shane McMahon said tens of thousands of people would not be able to catch a bus.

"We apologise to Auckland commuters who will be disrupted on Friday. Our question for the union leadership is, we're offering a real wage increase and we're saying why put the public in the middle of this?"

First Union has also apologised for the disruption but said it had been left with no choice.

It said to stop the strike the company had got to agree to have talks soon - as it stood, further negotiations were not happening until the end of the month.

Auckland's Chamber of Commerce has urged businesses to talk to their workers now before the transport disruption hits.

"It's the end of the first week back at school for a lot, we're going to see people in their cars as a result of that. The strike is going to put another lot on the cars. I think you can expect to see very heavy congestion in and around the city, and in and around the schools."

Mr Barnett said any disruption can be eased if plans are made now.

Gary Holmes, from the Dominion Road Business Association, said staff will find it hard to get to work.

"Well, as anyone who travels oN auckland motorways and main arterials will know, it takes one car crash or lane blockage on the motorway to cause absolute chaos. I think we can expect to see fairly major congestion throughout the whole day and it's unfortunate it's a Friday, because Friday is always chaos anyway."

Mr Holmes said workers should car-pool or work elsewhere if they could.