Traffic has come to a standstill on State Highway 1, north of Wellington, following a car crash. 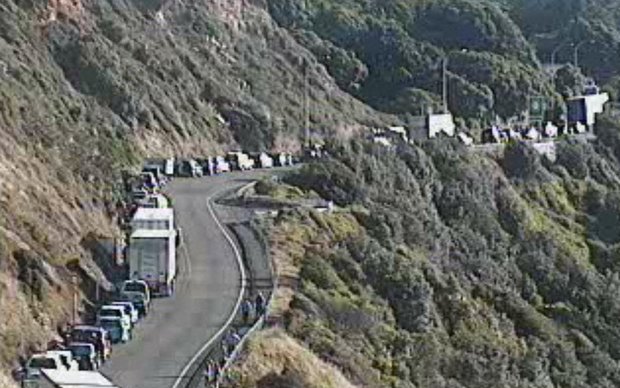 One of NZTA Wellington's cameras shows traffic about 6.45pm near the site of a crash at Pukerua Bay. Photo: NZTA / Twitter

Police say they were called to the crash on Weku Road, just off the highway, in Pukerua Bay shortly before 6pm.

They said at least one person had been seriously injured and a rescue helicopter was on its way.

Police say traffic on the southbound lane is being diverted over Paekakariki Hill Road, and the northbound lane is now open, but motorists should expect long delays.