A teenager who died after jumping from Raglan's Te Kopua footbridge is a local boy, Richard Keremeta.

Police are speaking with someone else about the accident but would not say if he was the person who landed on the 16 year old moments later. 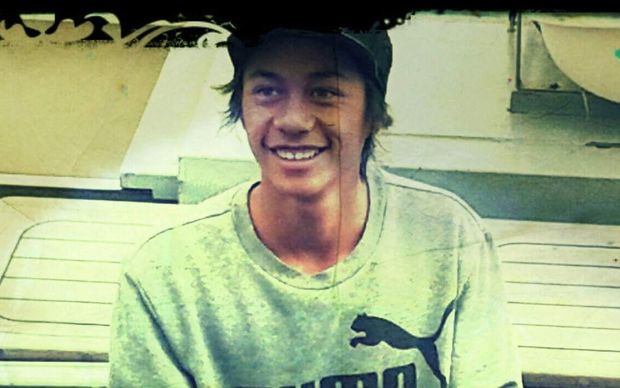 Richard, who was 16 and of Ngāti Māhanga, Ngāti Maniapoto and Ngāti Mahuta, leaped from the bridge just before midday yesterday - moments before another teenager. The two collided and Richard disappeared beneath the water.

Earlier this morning local kaumatua Sean Ellison, who blessed the site where Mr Keremeta died, had been asking for the teenager who collided with Richard to come forward.

A person is now being interviewed by police but Raglan's Seargent John McCarthy told RNZ he could not confirm it was the same person who was involved in the accident.

Emergency services were called to Te Kopua bridge in Raglan shortly after midday yesterday after a report that a 16-year-old boy was missing. They attempted to resuscitate him but he died.

Mr Ellison said the incident was a "freak accident".

A group went to look for the other man but he had left the area, he said.

Mr Ellison said he would like the other teen to come forward and he had nothing to fear.

"We know that it's an accident and part of our tikanga is to have karakia and try and lift some of that mamae from him and the family as well, so just to let him know 'don't be afraid, it's about us all coming together to mourn our loss but also look after those who are left behind'."

Mr Ellison said Raglan locals stayed out of the water yesterday after the karakia had been performed and those who continued jumping were likely from out of town and unaware of the circumstances.

"Our kids will probably hold [taihoa] for a little while but we have done a blessing of the spot ... because we know we can't stop others from jumping, we're inundated by visitors at this time of the year."

Richard's body was expected to be released to his whanau later today.

who will take his body to Aramiro Marae in Waitetoko tonight and later in the week he will be laid to rest at Paaraawera near Kihikihi.

The family has has links to many hapū and marae in the Raglan and Kāwhia area, are expected to take him on to Te Kaharoa Marae in Waitetuna tonight.