The Christchurch City Council has softened a proposal to remove protections from hundreds of significant trees on private land. A group of protected lime trees in Christchurch. Photo: supplied

Preservation groups were horrified when the council said it wanted to [http://www.radionz.co.nz/news/regional/295951/call-to-save-christchurch-trees stop protecting 1200 of the 1600 trees on its protected list under a revamp of the city's planning rules.

After talking with the groups, the council is now proposing to remove just 400 trees from the list.

The announcement was made today when the council presented its revised proposal to the independent commissioners that will have the final say on new planning rules for the city. 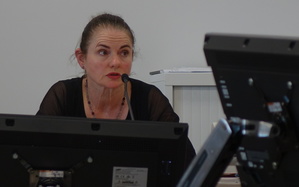 In her own submission soon afterwards, one of those in favour of saving the trees, Helen Lowe, said the right decision had been made.

"They have been on this schedule for a long time. The last new listing was 10 years ago, so it's not like the record of their values is a new thing.

"In terms of the public aspiration, I think there is a wider public interest in these trees." 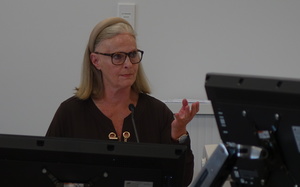 Another tree preservationist, Lady Barbara Stewart, told the hearing all 1600 trees currently on the protected list should stay there.

"I am aware that conversations have been had and improvements have been made.

"My issue is to argue as much safety for the trees as possible. I'll push for the very best, not too much of the compromise because I think that's what the city must have." 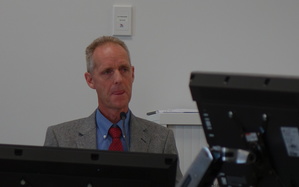 A tree historian, Brad Cadwallader, said rules that locked up trees on public land depending on their height were good but urged the commissioners to provide extra protections for them based on their historical significance.

He said one tree that would not be protected in this way was a 130-year-old, 40m tall blue gum on the western outskirts of the city.

"It's just a blue gum but it's a blue gum that's been recorded as being of particular genetic interest because it isn't affected by the bugs and insects that a lot of other blue gums are."

The commissioners will continue to hear submissions and will make a final ruling on the rules later in the year.