A large scrub fire on the outskirts of Upper Hutt is mostly contained and fire appliances are leaving the site. 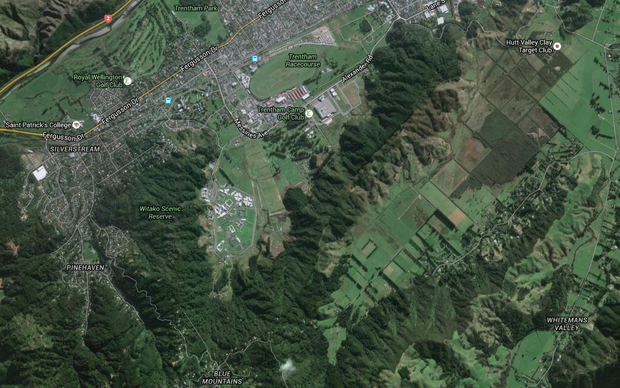 A large scrub fire is burning off Katherine Mansfield Drive, which is located in the bottom left corner near Whitemans Valley. Photo: Google Earth

A helicopter was used to tackle the blaze, which flared up near Katherine Mansfield Drive after 4pm.

A Fire Service spokesperson it had burned through 2ha of scrub but no homes in the area had been evacuated.