A formal investigation is under way into whether luxury passenger ship Azamara Quest struck a rock in Tory Channel late last month - and, if so, how it happened. 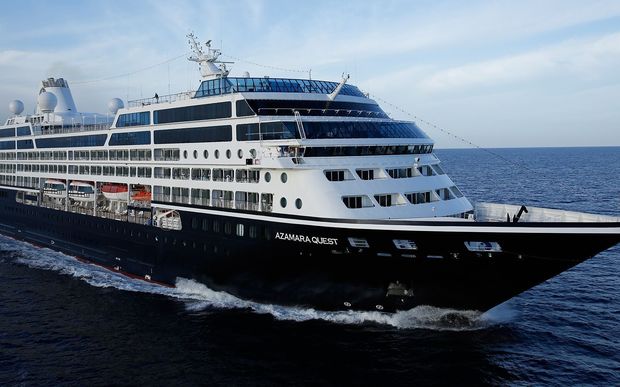 The Transport Accident Investigation Commission (TAIC) has received an incident report that the ship struck Wheki Rock in Tory Channel on 27 January.

TAIC spokesman Peter Northcote said investigators had been on the ship for the past couple of days gathering information, as to whether or not it did strike the rock at the Cook Strait entrance to the channel.

He said the incident did not trigger an emergency situation, but it had to be reported under international maritime convention.

The exclusive six-star cruise liner carried about 700 guests in butler-serviced staterooms, plus 410 crew. It made its first visit to Wellington today, having visited ports in the North Island including Napier and Tauranga, before its first voyage late last month to the Marlborough Sounds.

New Zealand is considered to be a growth area for the cruise ship industry.

Associate Minister of Tourism Paula Bennett said today a decision by P&O Cruises to base a ship out of New Zealand was an endorsement of this.

The Pacific Pearl will spend five months based out of Auckland, the longest deployment of a P&O ship in New Zealand.

"This year's record cruise season is estimated to deliver $251.7 million to the Auckland region, an increase of around $60m on last year. That flows right throughout the local economy supporting retailers, hospitality, and other tourism providers.

"Importantly though, it's contributing to the impressive regional tourism growth we're seeing, with a record number of ships visiting ports in Tauranga, Picton, Napier and Akaroa," Ms Bennett said.

The Azamara Quest is scheduled to leave Wellington tomorrow night.