It's taken 14 years and more than 33,000 hours of restoration work but a 1945 Airspeed Oxford PK296 will soon be on display at the Air Force Museum in Christchurch. 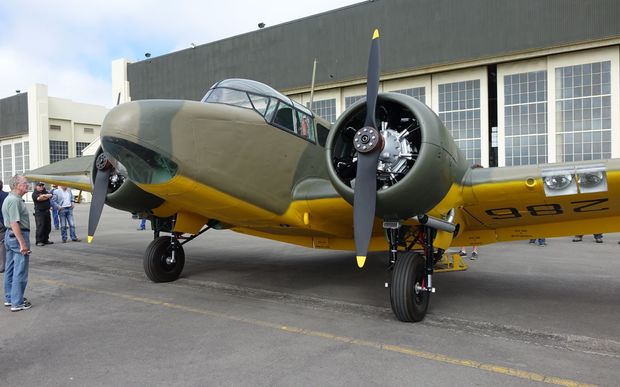 This fully restored 1945 Oxford will go on display at the Air Force museum in Wigram, Christchurch, later this month. Photo: RNZ / Rachel Graham

The Oxford was the widely used for aircrew training, reconnaissance, and aerial survey work by the Royal New Zealand Air Force (RNZAF) between 1938 and 1954.

"This is a fantastic representative of that fleet. A lot of the pilots in the Second World War, who went on to fly in coastal command and bomber command, probably would have flown Oxfords. So they'll have a strong identification with it. It's a very significant aircraft."

The aircraft about to go on display in Christchurch was built in England in 1945, and was constructed too late to see operational service during World War II.

The aircraft was converted to a passenger configuration, and spent the next twenty years serving civilian companies before being purchased by the Canada Aviation Museum, which placed it into storage.

Now the plane is on long-term loan to the Air Force Museum of New Zealand. 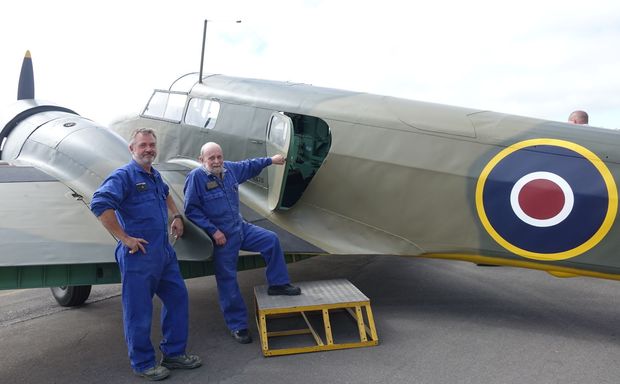 Project manager PJ Smith, right, and volunteer Brian Smith, who have worked on the restoration of this 1945 Oxford for the past 14 years. Photo: RNZ / Rachel Graham

Museum volunteer Brian Smith said the museum had not expected there would be much difference between its airforce configuration and that as a passenger craft, but they were wrong.

"Then we got the aircraft, and we got the Oxford drawings and we said oh bother. There was an enormous difference. Not only in the configuration inside but that all the systems, which is the guts of an airplane, had to be changed as well."

Mr Smith is one of 70 volunteers who has worked on the restoration, along with museum staff, during the past 14 years.

Project manager PJ Smith said while some volunteers had only put in a few hours, Brian Smith put in almost 10 thousand.

To reconstruct the aircraft they used old general assembly drawings, to get it back to how it looked when it left the Airspeed factory in 1945.

PJ Smith said it had not been a complicated job but it was time consuming.

"Every nut and bolt has to be refurbished. Taken out, replated, put back in. It just takes time, we can't go out and buy those pieces. "

The plane had been restored for static display only and can not be flown.

It will go on public display at the museum by the end of the month.