The sale of a secluded island in the Far North has been given the go-ahead after a five-year investigation by the Overseas Investment Office (OIO). 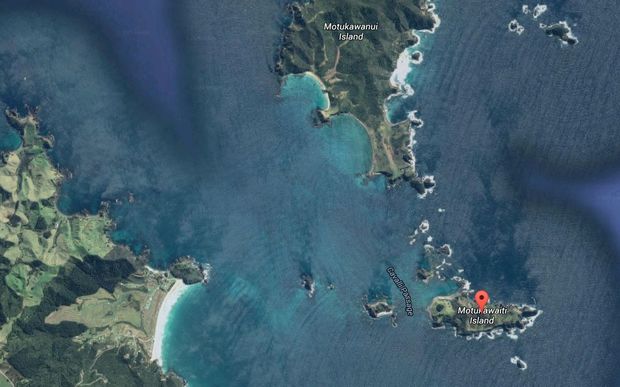 Motukawaiti Island is located north of the Bay of Islands and south-east of the Karikari Peninsula, in Northland. Photo: Google Maps

The OIO was investigating whether the sale of Motukawaiti Island went through without its consent in 2010.

It has taken RNZ almost two years and two requests to the Ombudsman's Office to uncover the history of the island, which is now back on the market for $16 million.

In a just-released document, the OIO provided a summary of facts and detailed its investigation into the ownership of the island - including why it had decided against prosecutions.

In 2010, Wenning Han - a New Zealand resident - bought the island with money he borrowed from Jun Zhang, who lived in China.

Under the Overseas Investment Act, it is illegal for a New Zealand resident to buy property as a front for an overseas investor.

In 2012, Mr Zhang became a New Zealand resident and, when Mr Han was unable to repay the $16m loan, ownership of the island was transferred to him.

In its 20-page report, the OIO said two competing stories emerged during its investigation. The first was that Mr Han had bought the island on behalf of Mr Zhang, with the intention that Mr Zhang would ultimately become the owner.

The alternative was that Mr Han and his company, St Morris NZ Ltd, had simply bought the island for themselves with money borrowed from Mr Zhang.

Mr Han told the office his intention was to "buy low" and "sell high", with investors building a range of buildings of varying styles on the island.

The office said it found evidence to support both stories but, in the end, it concluded it was more likely Mr Han had bought the island for himself, not for Mr Zhang.

It found, while there was some evidence of offending, it would be very difficult to convince a court of it beyond reasonable doubt.

"My view is that we do not have reasonable prospect of conviction," the report said.

"There is insufficient credible evidence which we could put before the court, and upon which a judge or jury could reasonably be expected to be satisfied beyond reasonable doubt that St Morris or Mr Han was an associate of an overseas person and needed consent and that Mr Zhang's mortgage was not exempted from the requirement for consent."

The OIO was also unable to take civil action because of a two-year statute of limitation - which, following a law change in 2011, had now increased to six years.