The government has joined a legal proceeding against appeals to a $1.2 billion redevelopment of the Three Kings quarry in Auckland. 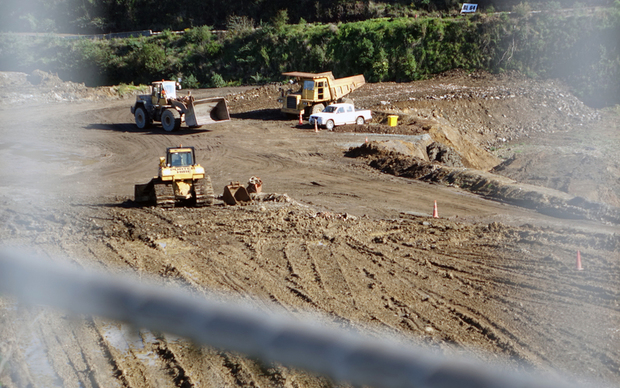 Today, the government announced it had joined Auckland Council and Fletcher Residential to fight the appeal.

Housing Minister Nick Smith said the redevelopment would build 1500 apartments and townhouses, and employ 1000 people during construction. He said something needed to be done with the quarry so it did not sit as is for another decade.

"It is an ugly eyesore, and I find it very difficult to accept there aren't significant environmental benefits as a consequence of being able to proceed with these developments."

Dr Smith said the two community groups had their concerns heard by independent commissioners during consultation, and their views were rejected.

"Those independent commissioners confirmed that this was a quality urban built environment."

As part of the legal proceedings, the government will be able to make submissions to the court about housing affordability and supply in the hope the Environment Court will rule against the appeal.

"It is of some concern to me that small groups such as that are able to cause huge delay for a $1.2 billion project."

He said the case highlighted why special housing legislation, which bypassed the appeals process, was so important for pushing the intensification necessary for housing growth.

He would not say just how many of the 1500 houses would be affordable, and said the exact price range would be determined by Fletcher Residential once the property came onto the market.

"Affordable is always a very value judgement term, because what's affordable to one person is not necessarily for the next.

"What we do know is that this Three Kings development will provide a lot more of those town houses and apartments that is so desperately needed in close proximity to the city."

It is the first time the government has taken such a step for more than 15 years. Dr Smith said that was because the development was so large, and so important for Auckland.

Garry Bryant, president of the Three Kings United Group, said he was happy for the site to be developed but was against what was proposed.

Mr Bryant said the infrustructure would not be able to cope with the number of people in the planned 1500 appartments and houses.

He hoped the appeal would provide an opportunity to look at other plans for the quarry.

If the appeal was overruled, Dr Smith expected construction onsite to begin by the end of the year, and the first houses built by 2017 or 2018. 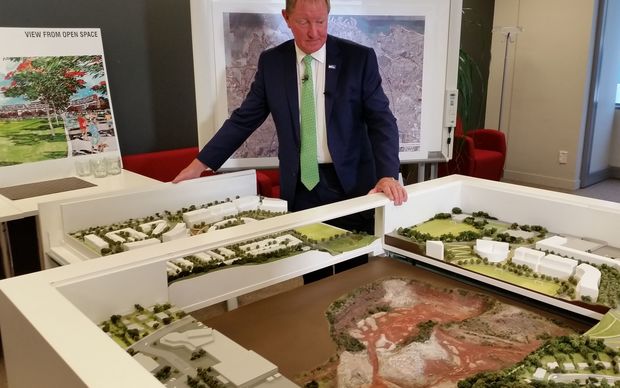 Housing Minister Nick Smith with a model of the proposed redevelopment. Photo: RNZ