Fire has struck a Māori tertiary institution in Otaki, and it is feared smoke and water might have damaged treasures in its library.

A building being renovated and extended alongside the library at Te Wānanga o Raukawa has been left charred, and part of the library has also been damaged.

Fire crews arrived within minutes of a security guard spotting the fire at 5.15pm.

Tumuaki (principal) Mereama Selby said the damage, which was covered by insurance, would not delay the start of the academic year in March.

Volunteers from the Otaki Fire Service have been praised for preventing the flames from spreading to other parts of the campus.

Fresh fire crews were sent from Wellington tonight to cool down hot spots, with firefighters expected to stay overnight to watch for any flare-ups.

Investigators would comb through the mangle of tin roofing and timber tomorrow morning. 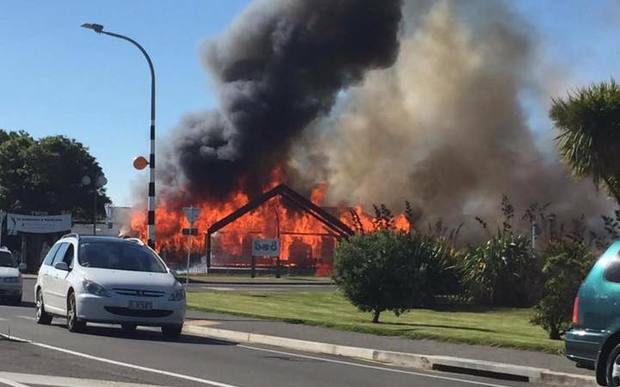 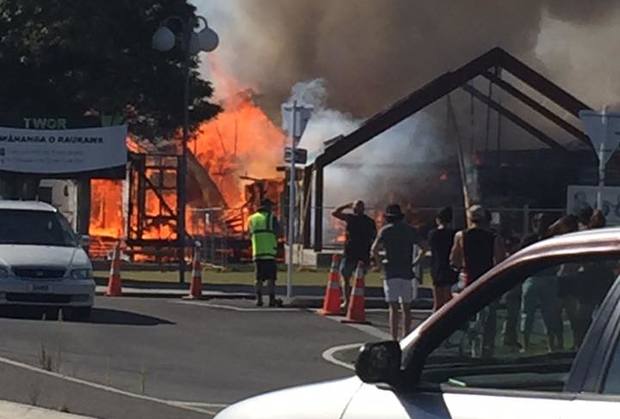 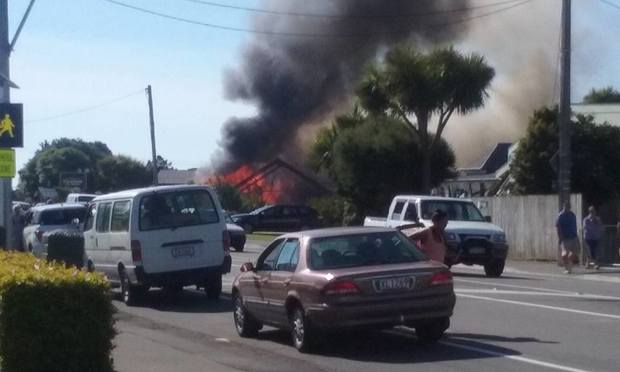 The Fire Service said the fire had been contained. Photo: Alesha Joy / Facebook

The Fire Service said crews managed to contain the fire, which measured 150m by 15m.

A spokesman said the fire started behind the treatment plant's administration building but had not spread to any buildings or equipment.