Waikato police say there may be a link between an armed robbery in last week and other recent armed robberies in Waikato and Bay of Plenty. 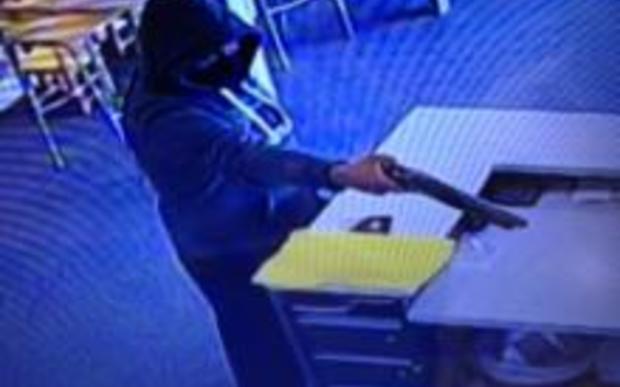 The police released this image in relation to the armed robbery in Te Awamutu. Photo: SUPPLIED / NZ Police

A 42-year-old man has been charged with the aggravated robbery of the ASB Bank in Te Awamutu on Wednesday.

Police said they were interested in any links with the robbery of a hardware and lotto shop in Te Ngae Road in Rotorua on 19 January and the robbery of a bar on Commerce Street in Cambridge on 30 December.

They said a key part of the investigation was establishing the movements of a black 1997 BMW 328i coupe, registration number WH6241.

The car has a distinctive rear spoiler and 'Euro Plate' surrounds on the number plates and police believed it was used during both the Te Awamutu and Rotorua robberies - and possibly the one in Cambridge as well.

Detective Senior Sergeant Mike Whitehead said police were not ruling out the possibility the offender had an accomplice who acted as a getaway driver during the robberies and they wanted to hear about any sightings of this vehicle, particularly on the days of these robberies.

Mr Whitehead said the black BMW may also have been used in the days prior to the robberies by the offenders as they 'cased' the targeted addresses before committing their crimes.