Photo and video images of a man wanted in connection with an armed robbery of a bank in Te Awamutu in Waikato yesterday have been released by police.

A man who entered the ASB Bank just after 4pm pointed a sawn-off shotgun at a teller and demanded money.

He fled with an amount of cash and was last seen running down an alleyway near the rear of the Countdown supermarket.

There were two customers in the bank at the time, the police said.

CCTV footage showed the man walking up to the bank, before he disguised his face with a scarf.

The police hoped to be able to identify the offender as soon as possible. 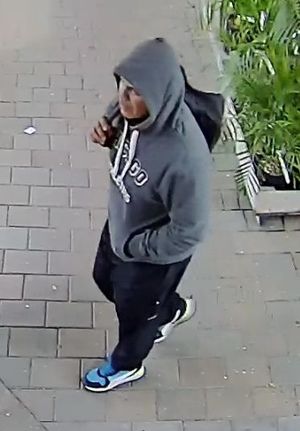