Chow down on a Big Mac anywhere in Australasia and there's a good chance the cheese in that burger came from the tiny Taranaki township of Eltham. 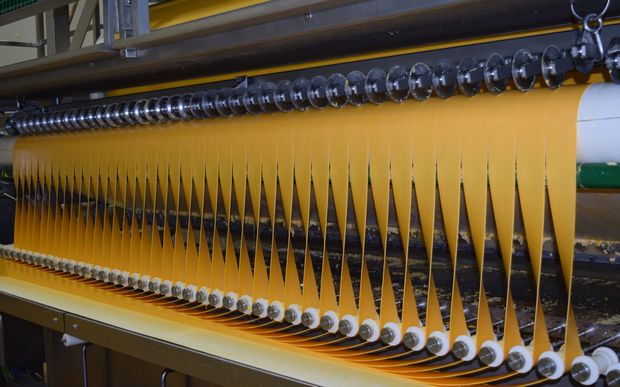 Pasta-like bands of cheese going through the motions. Photo: Supplied

Dairy company Fonterra is currently spending $32 million increasing capacity at its Collingwood Street plant to enable it to fill 3 billion burgers a year.

Or to put it another way - according to the company that's enough cheese slices to wrap around the earth three times. 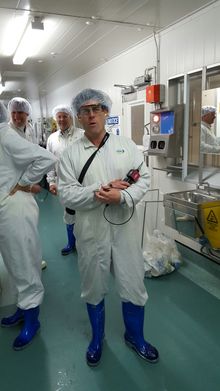 In line with that strategy, Fonterra is investing $72m at its Clandeboye quick-frozen mozzarella plant, near Temuka - enough to top 300 million pizzas every year.

But back to the McDonald's cheese slice. To the dismay of many a nutritionist most of us are familiar with the texture, taste and distinctive colour of the golden slices, found in its burgers served in 100 countries worldwide.

Fonterra is a "targetted supplier" to McDonald's and meeting its stringent quality control standards - a McD's cheese slice has 30 measurable criteria - is central to the company's strategy to grow its food service and consumer division into a $5 billion business by 2023.

And Eltham, population 1980 and declining, is where the magic happens.

Established 30 years ago, the Collingwood St plant has been part of the Fonterra network for 10 years. It is the largest producer of foodservice and consumer cheese products - that's primarily blocks, slices and grated cheese - in Australasia.

Once visitors get through the stringent health and safety checks, they're met with a maze of conveyer belts, stainless steel, perspex - and airport-type security scanners.

Each product at Eltham passes through two "critical control points" to check for foreign bodies, one a metal detector and the other an x-ray. 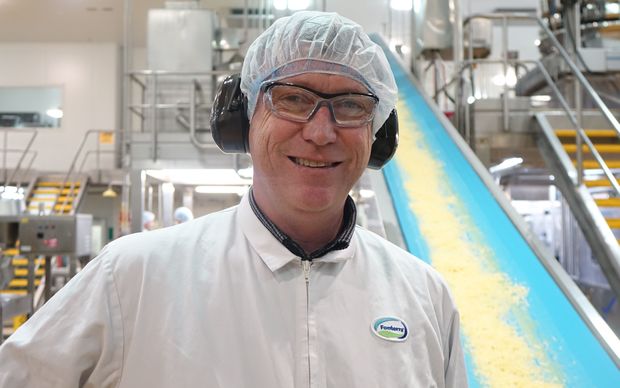 From a soundproofed viewing platform he explains that bulk cheese arrives in 20kg blocks from Fonterra's Whareroa plant in Hawera and is ground into spaghetti-like strands before heading into blenders.

For the uninitiated, annatto is derived from the achiote tree which is found in Central and South America. It's commonly used for its distinctive colour as well as for flavour and aroma.

Once blended, as Mr Birss explained, the cheese was then cooked.

"In the cooking room we've got two continuous cookers so the cheese is continually pumped through pipes and steam injected to do the pasteurisation step and we've got a batch cooker which takes 180kg of cheese at a time and cooks it in about 210 seconds."

Earplugs in and it's down onto the processing floor, where pasta-like bands of cheese whizz around your ears and you can just about make out the "chomp, chomp" of cheese being cut. 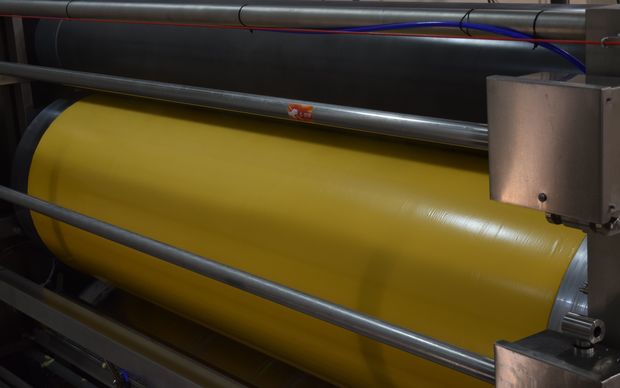 Jeremy Birss explains this is where the molten cheese hits the top of the roller at about 90 degrees before being flattened into a mat and then travelling down the line where it's cut into slices.

"It's got to be molten to give it the functionality to be able to peel it easy and to be able to shape it into the block, and it gives it that processed cheese texture as opposed to natural cheese."

Fonterra is installing a new machine in this room which will be able to process 3.5 tonnes of the golden slices every hour. To put that in perspective, a single slice weighs 26 grammes.

Try and push Jeremy Birss any further on the secret recipe for the McD's slices and you put your life at risk.

"If I told you that I'd have to kill you.

Of course the McDonald's slices aren't the only product made at Eltham.

The factory, which employs about 550 people, makes 350 different products for customers that also include Burger King, Subway, Taco Bell, Pizza Hutt and KFC.

But you do get a taste for those golden slices .... 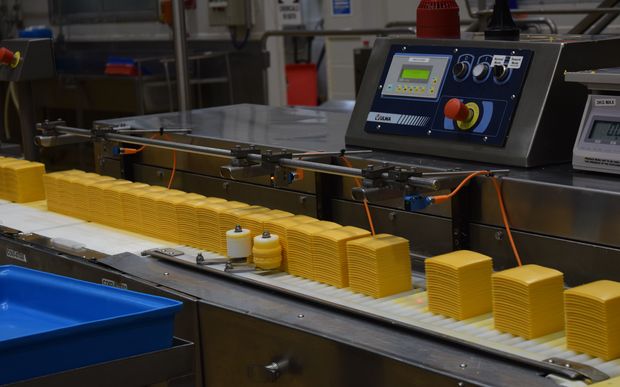