About 300 artists looking for inspiration have passed through the New Zealand Pacific Studio artist residence since it opened its doors in 2001. 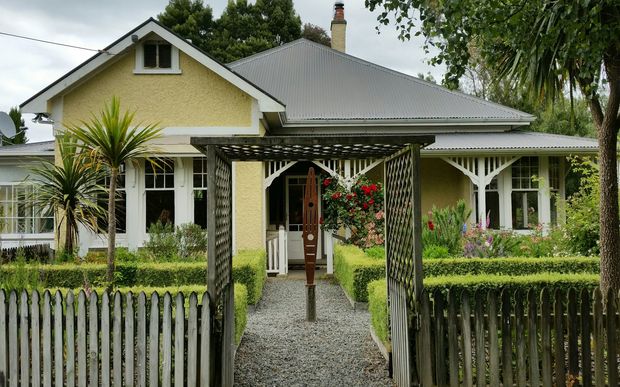 Built in the colonial-style, Normandell House, near Mount Bruce in the Wairarapa, has been a welcome sanctuary for artists wanting to get away from the demands of day-to-day life and knuckle down to some uninterrupted creative sessions.

Dr Kay Flavell, a writer and academic, founded the retreat and ever since all sorts of artists, including writers, painters, dancers and even pop musicians, have found a place to think among the bare hills of the farming district, halfway between Masterton and Eketahuna.

Dr Flavell has now left the Wairarapa and started a sister residence, the New Pacific Studio in Vallejo, California.

A writer and former resident herself, it is now her job to sift through applications from artists from all over the world and once they are here to put them in touch with locals, who might want to find out more about their work.

Down the hallway of shiny floorboards and around a corner is a large bedroom overlooking the wild cottage garden. 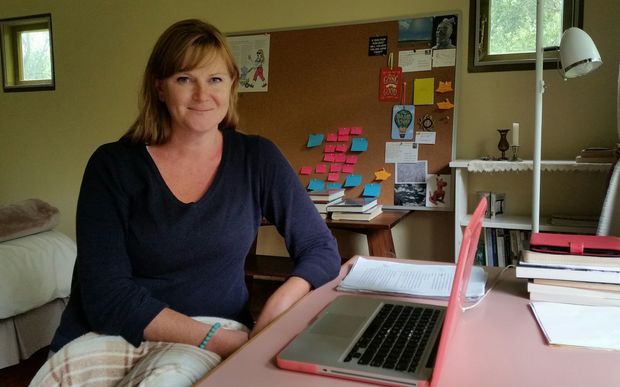 Writer Brandy Scott is putting the finishing touches on her first novel the The Long Weekend. Photo: RNZ / Teresa Cowie

In the room is Brandy Scott, a writer from Wellington, who is putting the finishing touches on her first novel The Long Weekend, which she began while doing an MA at Victoria University's International Institute of Modern Letters.

"For the MA you hand in a very polished first draft, so I've taken that first draft and I'm re-writing it and I'm hoping to send it out in the next few months to potential publishers".

Brandy Scott is now half-way through her three-month stint as both writer in residence and house manager.

A typical day involves getting up at 7am to start writing, while her mind is still fresh; in the afternoon she spends time making sure things are ticking over nicely in the house for herself and the other residents.

The house was built in 1911 and was first owned by clockmaker Christopher Burton and his wife Sarah Anne.

Upstairs Kirsty Lillico, a visual artist from Wellington whose carpet cut-out work recently featured in the demented Architecture exhibition at Wellington's City Gallery, is beavering away in what was the old clockmaker's loft.

"My process is that I roll up bits of cardboard and then I hand print them".

The result of Kirsty Lillico's work is prints of Brutalist-style buildings formed in black and grey from the lines of corrugated card board. 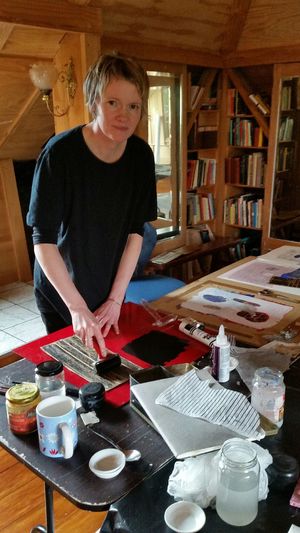 While she is here for the next two weeks she is trying out some new ideas.

"I'm experimenting with different ways to maybe apply colour, or maybe it's just going to be a range of greys," she said.

Outside in a shed next to the main house, painter Marian Hulshof is doing some experimenting of her own, having arrived in New Zealand from the Netherlands without any of her usual tools.

Without a canvas, Ms Hulshof has improvised by stretching a bed sheet and pinning it on to the wall. The texture of the sheet's weave is highlighted with white paint and the gnarled and twisted beginnings of an old tree in blue and black acrylic.

"I am inspired by trees because they are mighty, they are monumental, they survive in difficult circumstances and my work is mainly about survival".

Marian, who recently exhibited her work at one of the studio's regular open days, will be working away in the shed for another month.