After fracturing in two during the February Christchurch earthquake and spending time in storage, the statue of Antarctic explorer Robert Falcon Scott has a new temporary home.

Before the earthquake, the three tonne, marble statue had stood at the corner of Worcester Street and Oxford Terrace since 1917. 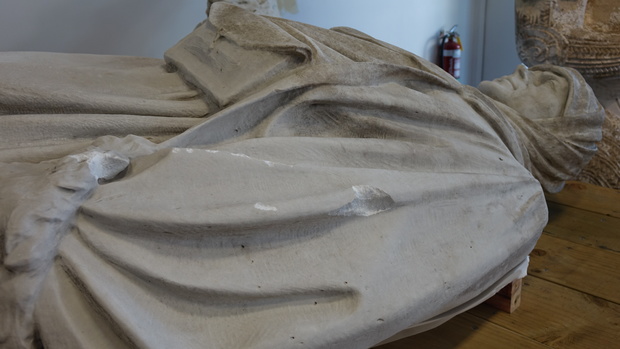 The statue has been in storage while experts plan its restoration, but in the meantime Christchurch City Council has loaned it to Canterbury Museum's Quake City exhibition.

Museum director Anthony Wright said the Scott statue had been an important part of the city for almost a century.

"It is a very tangible reminder of the region's links with the Antarctic and the heroic age of exploration and discovery of the southern continent."

Museum curator of human history Sarah Murray said Scott was based in Christchurch during both his 1901-1904 discovery expedition and the 1910-1913 Terra Nova expedition. 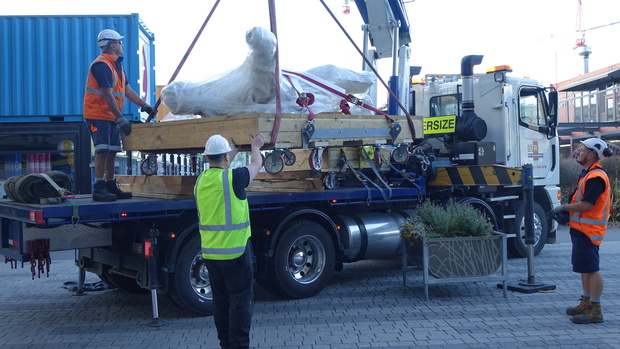 "They reached the South Pole in January 1912 only to find they had been beaten by Norwegian Roald Amundsen, and sadly on their return journey Scott's party all perished."

The statue was commissioned by the council in 1913 and sculpted by Scott's widow Kathleen.

She was travelling back to Christchurch to welcome her husband home when she learnt the party had died nearly a year earlier on their return journey from the South Pole.

"That is the saddest part of the whole Scott story, it took so long for her to find out because the polar party could not be searched for a period of time on the ice and then the ship had to travel back to New Zealand to cable out the news.

"If you look at the statue you can see it is not finished, Kathleen was planning to come back to New Zealand to finish it off, but she never did so," Ms Murray said.

The Scott statue was one of three thrown off their plinths in the earthquakes.

The statue of John Robert Godley the founder of the Canterbury settlement was reinstated in Cathedral Square last February and the council hopes to return William Rolleston to outside the Canterbury Museum in the near future. 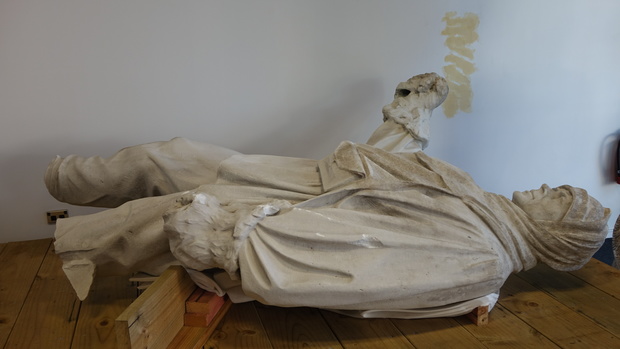 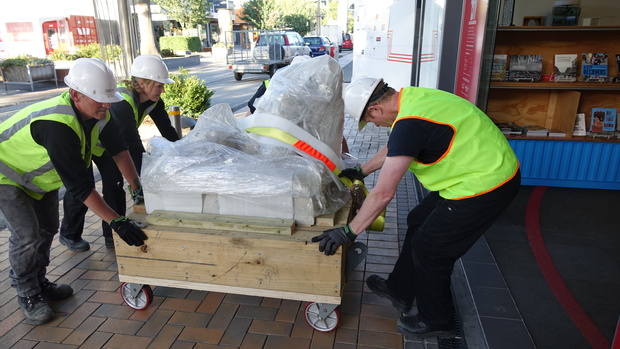