An early summer breeze is bending tree branches along the Aniseed Valley in Nelson's eastern hills. 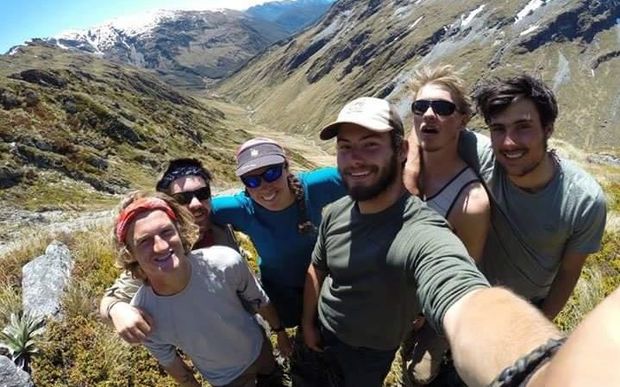 A dry year has turned the Roding River, that winds through the valley, into a quiet hush but it's still a good entree to the New Zealand landscape for a group of global students.

They've left behind regular lives elsewhere in the world and have headed to the New Zealand campus of American-based National Outdoor Leadership School (NOLS).

The school provides an education some of the students say they'd never get from a regular classroom.

Their accommodation before heading into the wilderness is a small village of tents on a grassy flat above the river in Aniseed Valley, named for the spice which once grew there.

NOLS has been in New Zealand since 2002. Its "tester" was a 14-day backpacking course that year and 75-day leadership semesters began in 2004. They incorporated backpacking, sea-kayaking, mountaineering, canoeing and sailing, as well as a two-day Maori cultural section.

The New Zealand campus was shifted from Christchurch to Nelson in 2013 and teaches mainly university-age students from the United States.

The Nelson campus is also home to its Australasia director, Mark Jordan.

He said a founding principle of the school was that education was a critical component of wilderness conservation, and the school's focus was on that basic philosophy.

NOLS was founded in 1965 by mountaineer Paul Petzoldt, and now provides education for more than 15,000 students each year in some of the most remote classrooms worldwide - from the Amazon rain forest to the Himalayas, and from to Alaskan glaciers and to Arctic tundra.

Escape from the mundane

On the day RNZ visited, students were taking a break in the campus dining room and dining on a stack of peanut butter and jam sandwiches.

Student Romee Visser said the leadership courses of the type taught to Nasa and Naval Academy teams back in the US were pathways to ambitious careers.

The 18-year-old from the Netherlands wants to become a surgeon, and was taking a gap year from school. She said the outdoor course had taught her how to better manage stress.

"I think I will chill out more - like be way more relaxed with stressful situations, or new situations and new people who are different than me. Here, you really learn how to deal with people you don't know, or wouldn't be with in the first place."

For others, such as Maria Singleton, learning in a far-away country was an escape from the mundane and the rigours of working two jobs to survive.

"I wanted to get as far away as I possible could from…Kansas - from the States; just to be on the other side of the world is very interesting. Since I was already familiar with the NOLS system, it was a pretty easy choice actually, and I was already planning to come here. 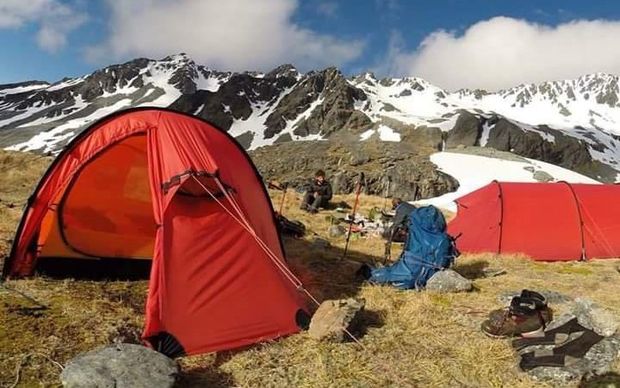 Student accommodation on a Glenroy mountaintop in the back of beyond near Nelson. Photo: Dulkara Martig

Jorn Haack said most students who arrived at NOLS had little or no outdoor experience.

"They basically step off the bus, we welcome them, provide equipment and two days later they're in amongst it."

The students were usually committed to completing the courses, despite the hardships they endured, he said. However, they could leave the courses if they wanted.

"A couple of years ago we introduced college credits, which means folks have not only signed up for NOLS curriculum but also for other (school) credits. So that's an added incentive to stay on and complete the course," Mr Haack said.

Mr Jordan reckoned that most found it less daunting climbing rugged mountains or kayaking white water than being thrust into a new group of people.

Keeping it in the family

Janine Martig took care of catering and said providing and preparing meals for students out in the field, mostly for weeks on end, was an exercise requiring military precision.

"Sometimes you get two or three really busy days, then the students disappear and there are other things to do - things to clean up, things to get ready and heaps of shopping.

"I've never done so much shopping in my life and I actually hate shopping but it's part of it. You obviously can't cook and manage the amount of food for this number of people without having to shop," she said. 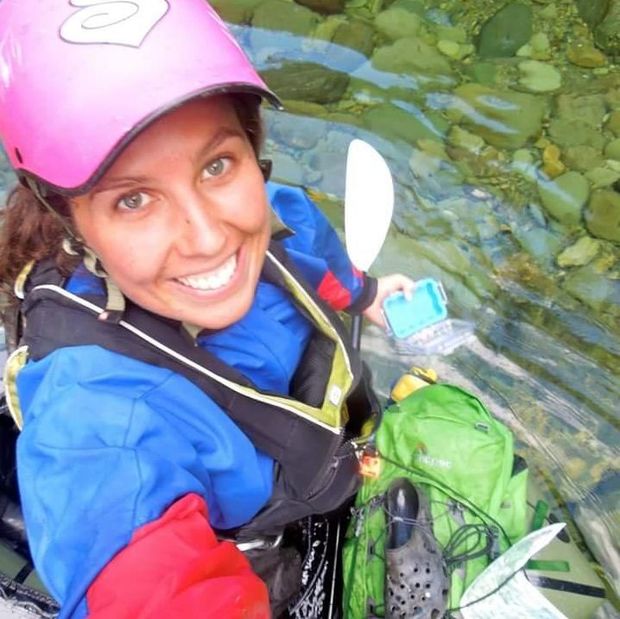 Dulkara Martig, a trained teacher and NOLS instructor who grew up in Nelson, has carved a career out of her love of teaching and extreme wilderness. She travels the world to fulfil contracts in various extreme and remote locations.

The nomadic existence requires her to be flexible enough to go where the work is, and adaptable in order to cope with challenging environments.

The job also requires a level of confidence not only in herself, but in her ability to manage large groups in challenging situations.

"It's normally most challenging when you're in an adverse situation and that's when people start missing home or needing extra emotional support, but a lot of that comes from within their team because they develop such close bonds with their team mates, that it doesn't always come to an instructor level."

And right now, Dulkara Martig is somewhere out in the African wilderness, guiding yet another group of young hopefuls on new pathways.