Dozens of volcanic river boulders, each weighing hundreds of kilos, are being transformed into works of fine art in New Plymouth this month. 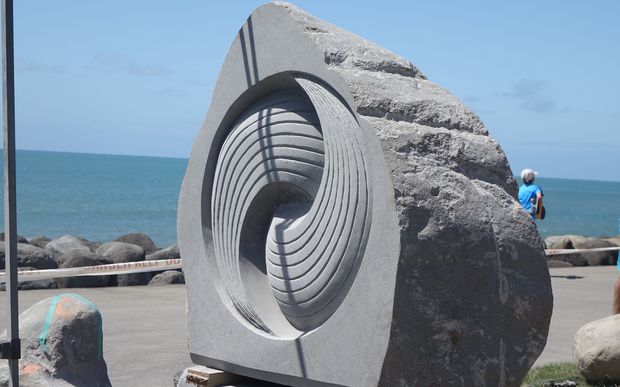 Twenty-six artists - including five overseas sculptors - have set up camp on the Coastal Walkway as part of the biennial Te Kupenga International Stone Sculpture Symposium.

Established in 2008, the symposium is one of the few hard-stone sculpture events remaining in New Zealand and aims to foster Taranaki's reputation as a centre for excellence in the art form.

Co-organiser Hugh Cargill said the artists, who had to apply for the right to take part in the event, each handpicked two boulders before transforming them in front of the public.

"It's something that really appeals to a lot of artists, I think, because we set up an environment where it is safe for them to work in but there's an opportunity to engage with the public.

"So it generates a lot of interest and a lot of interaction and I think that that is important. That's what the symposium is about. It's about that sharing between the artists and the people working on site but also the people coming through and visiting." 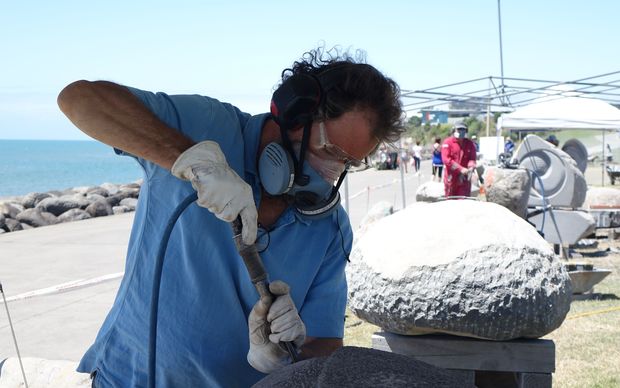 Mr Cargill said all of the artists worked with Taranaki andesite stone, which he described as a hard volcanic rock which had a fine grain but was strong and durable, and perfect for stone sculpture.

What their work then became was up to the individual.

"They range from very organic, smooth-flowing lines with highly finished surfaces to very geometric, very strong powerful pieces. Really it's just up to the artist's imagination.

"There's some heavily engineered works. We've got some chain links being made up here which are very technical in how they are achieved to very organic free form work where people just start and see what the stone delivers." 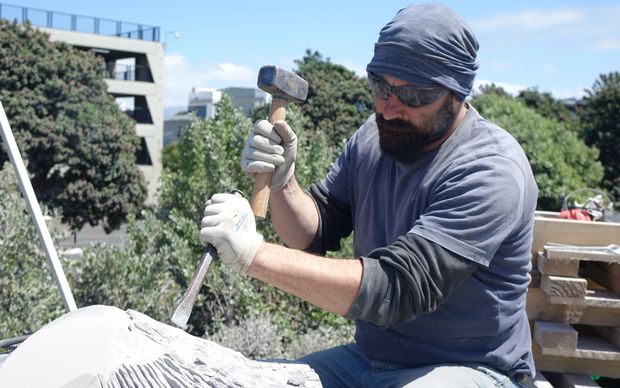 Italian Fransesco Panceri is one of this year's international guests, along with sculptors from Slovakia, Taiwan and Belgium.

Mr Panceri usually works with marble but he had been inspired by the volcanic origins of the Taranaki stone.

"So this is representing the world but it is a strange world because it is not spheric but like a cube. And every face represents every part of the world and every volcano. I mean this is Taranaki volcano, maybe Fuji, maybe Etna in Italy. The volcano is the symbol of energy."

The Italian's approach to working on his stone is straightforward.

"I use some blade, diamond blade, some chisel and that's all. In the beginning you start to cut the stone with a blade and then little by little with a chisel you take out the form." 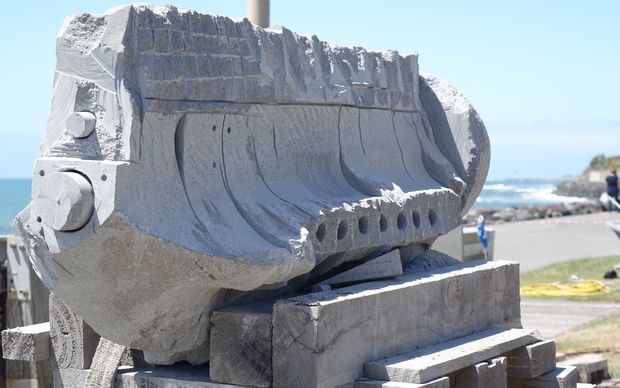 Self-taught Wanaka artist Joshua Olley's chain-link piece, Them and Us, required him to bore through the stone with an unusual result.

"If you see the chain now that's extended, but when it was a rock it was compressed, so when I've taken all the material away I can open the stone up so I've made it longer.

Mr Olley's piece was one that had caught the eye of Palmerston North visitor Brett Greer, who appreciated the accessibility of the artists. 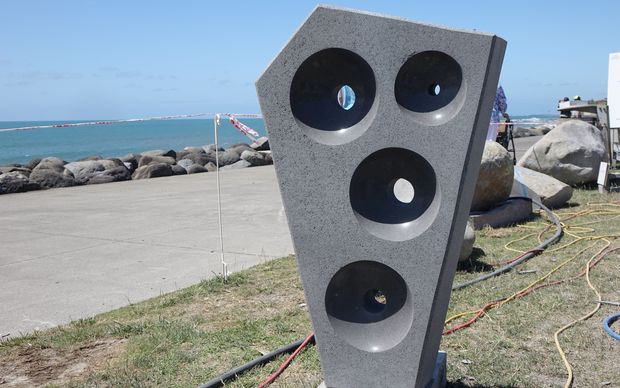 "I'm just looking at how they use their techniques to bore into the stone. There's obviously different ways of approaching it and just knowing what they do is really cool. I really like the way they can just come over and talk to you about it."

The completed artworks will be exhibited at the New Plymouth foreshore from January 23 and will then be sold at a public auction on January 30. 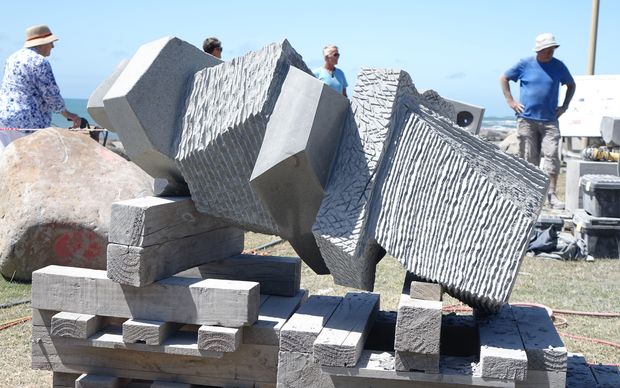