Just before Christmas, a van with precious cargo on board pulled up at the carved meeting house on the Treaty Grounds at Waitangi. 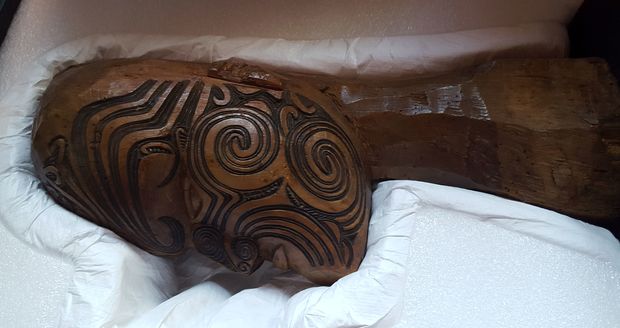 A wooden bust of Hongi Hika carved by the chief himself. Photo: RNZ / Lois Williams

Inside were priceless artefacts and art works from museums and galleries nationwide, all of them connected in some way to Waitangi.

The treasures were welcomed home with a powhiri, then moved into their new home at the new Waitangi museum.

Among the taonga [treasure] was the Te Pahi medal, recovered from Australia for New Zealand just last year by Te Papa and the Auckland Museum.

But back in the early 1800s, he was offering safe anchorage to whaling ships and supplying spars and spuds to the fledgling colony of Sydney - from his base in the Bay of Islands.

In 1805 he headed across the Tasman with his four sons, to investigate the market and the foreign power behind it.

The chief and his whanau were hosted at Government House for three months by the Governor of New South Wales, Phillip Gidley King.

Te Pahi met and impressed Samuel Marsden, learned about sheep farming and agriculture, and returned to Aotearoa laden with gifts.

They included fruit trees, livestock, a pre-fabricated house and a silver medal, all given to him by a grateful governor.

But five years later, the talented exporter was dead.

British sailors who thought he had orchestrated the burning of the sailing ship Boyd in Whangaroa Harbour sacked and looted Te Pahi's island, and killed his people.

"To those that know the area, it's the closest island to Te Puna. Our tribe renamed that island 'Roimata' [tears] after it was sacked," Mr Rihari said.

"A number of our ancestors were killed as part of that massacre. They tried to swim from the island to the mainland, which is probably about 150m. A number were shot in the back; my own tupuna [ancestor] was shot in the side. Te Pahi died of wounds not long after that. "

And that was the last that was seen of Te Pahi's medal until last December, when it popped up out of the blue in an auction catalogue for Sothebys in Sydney.

"In the first instance we accused them of trying to sell stolen property," he said.

"The medal belonged to our ancestor. It was taken from his island. A great many of our people were killed in that early-morning raid." 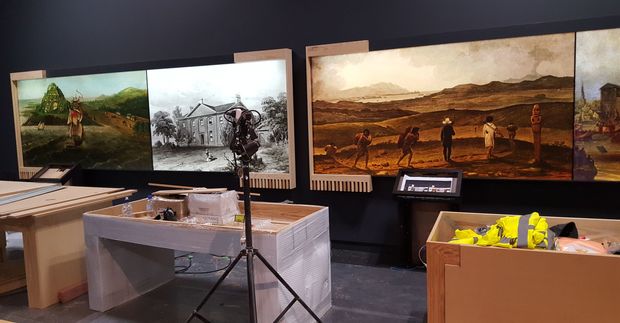 The allegation did not go down well with the venerable auction house, and it showed no inclination to halt the sale.

Mr Rihari got in touch with relatives in Sydney, and suggested they protest at Sothebys.

"The idea was to put the fear of God into them, if you like, about the medal."

But a legal bid to stop the auction fell at the first post, when the courts required a bond of $850,000 to cover costs which could arise if the hapu lost its case.

"We couldn't put up the $850,000. But in the meantime, both Te Papa Tongarewa in Wellington and the Auckland War Memorial Museum had talked to each other - first time they'd done this - and they decided they'd jointly bid to purchase the medal and bring it back to Aotearoa New Zealand. And that was Plan B if you like. "

The hapu decided Plan B could use some support and the Sydney cousins rose to the occasion. 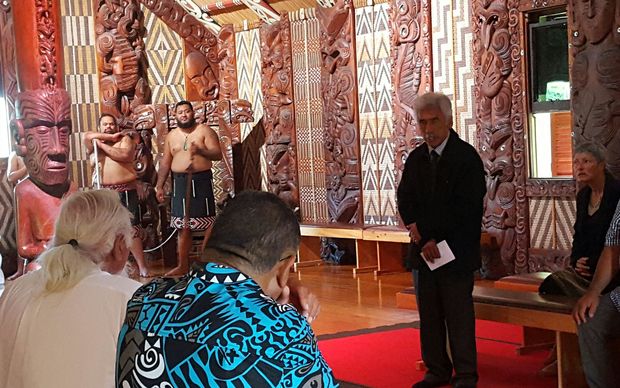 "On the evening of the auction, some of the relations living in Sydney went and protested outside Sothebys and some were able to get into the auction and give a ritualistic prayer, if you like, to the medal, to say goodbye to it. "

The group was evicted from the auction house but Mr Rihari said the prayer and protest discouraged many people who were going to bid for the Te Pahi medal, leaving just two bidders on the night.

"They valued the medal at Sothebys between $300,000 and $500,000. But we got it at the lower price because all the protesting and the haka outside the auction house and the prayer inside had scared the other bidders away.

The medal was bought by the two museums for $300,000 and brought back to New Zealand last month. Te Pahi's descendants celebrated its return with ceremonies in the north, before returning it to Auckland museum for safekeeping. 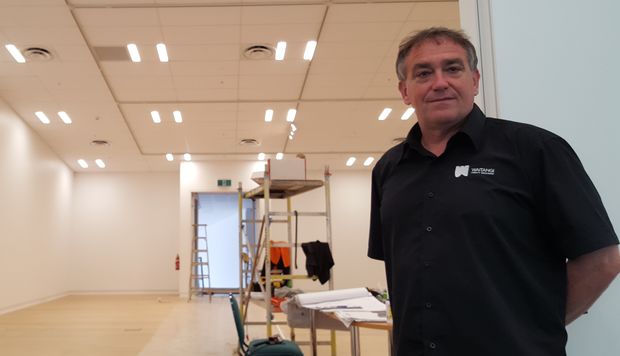 Mr Rihari said he was ecstatic the taonga awarded to Aotearoa's first exporter was now home for good, at the new Waitangi museum.

The $14 million museum will open to the public on 7 February - the day after Waitangi Day.