A large scrub fire at Mt Maunganui is now being treated as suspicious and damage to the area could take up to 50 years to restore, authorities say.

Dozens of firefighters fought for hours to bring the blaze under control this morning after it broke out on the mountain's northern side just before midnight.

The fire, which was visible from all over Mount Maunganui and Tauranga, burned through more than 800 square metres of scrub overnight.

Helicopters carrying monsoon buckets were also deployed and are now on standby to dampen any flare ups overnight.

Firefighters are waiting to make sure conditions are safe before they head up the Mountain, to finally put out the fire.

Incident Controller Alan Pearce expected the fire to be out by the end of the day.

Adams Avenue has been reopened but the Tauranga City Council said most tracks on Mt Maunganui, or Mauau, will remain closed until at least midday tomorrow.

Mayor Stuart Crosby said the police and fire service were investigating the cause of the fire but it did not happen by chance.

"There are a couple of theories but we'll have to wait and see if there's any evidence to support those."

"It definitely wasn't a natural case, that's for sure."

Stuart Crosby said this was the third major fire on the landmark in the last 20 years.

The police said there were a number of people on the Bay of Plenty landmark when the blaze started, including cyclists.

Officers said those people and anyone else who had information should contact the police in Tauranga.

For Awanui Black, it was painful news to wake up to.

A trustee for Mauau (as it's commonly known by locals) and a spokesperson for Ngati Pukena, Mr Black said it had shaken those with a spiritual connection.

"There's always feelings of anguish I suppose when those sorts of things happen to your mountain ...the mountain itself, when it's under stress, it will respond. That's the way we see it."

For now, he was trying to contact other trustees and gather elders to the area.

"The first thing that we will do is have a karakea, and then we will look to the causes of it, and thirdly, how do we respond to that." 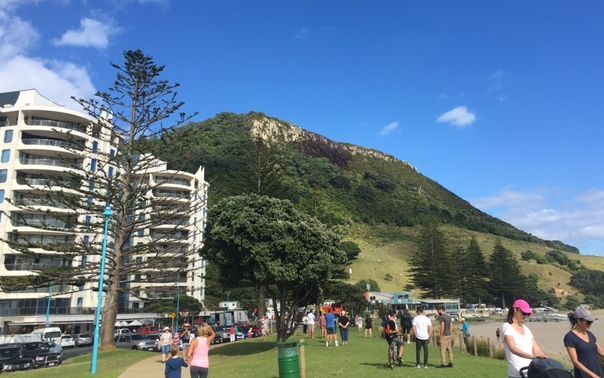 The site of the fire on Mount Maunganui this morning. Photo: RNZ / Justine Murray

Mauao Area Wildlife Trust chair Julia Graham drove to the Mount in the early hours of this morning.

"It was a bit like watching my house burn down really so it was a terrible thing to see," she said.

Ms Graham said it could take years for the wildlife to recover but until access was granted to the tracks, it was difficult to gauge how big the impact had been.

She said vegetation still had not fully regenerated since the last major fire 15 years ago.

"It takes decades to get it back up to what it was, so this is going to have an impact for the next 50 years until the trees and the plants that we plant up there grow to a decent size to support the wildlife."

Ms Graham was concerned that tui chicks, grey-faced petrels, geckos and more than 800 penguins living on the mountain, could be in danger.

She said if anyone on the Mount found sick or injured petrels or penguins they could call 0800 SICKPENGUIN. 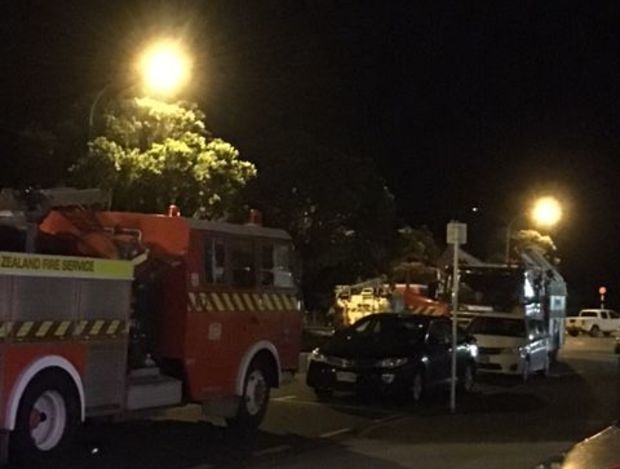