Auckland residents living near the site of a proposed composting plant that has been granted resource consent say they are surprised and anxious they were never given a chance to have their say. 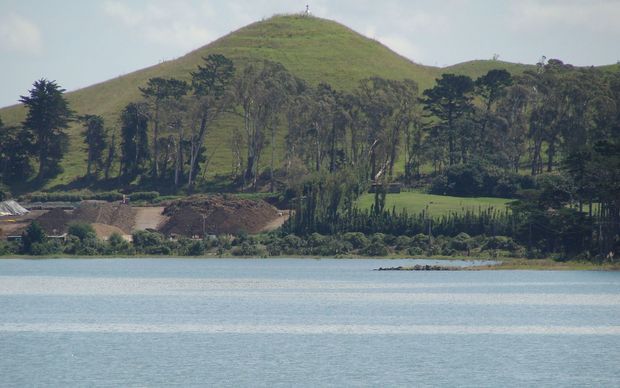 The Auckland Council said the public did not need to be notified of the expansion to the waste recycling facilities on Puketutu Island in Manakau Harbour, because it had been assessed as less than minor.

The Waste Management-owned company, Living Earth, said it plans to upgrade the facilities on the 12ha site, which currently processes 75,000 tonnes of green waste a year.

It has been granted a 22-year consent by the council to start building a new compost facility with the approval of Watercare, iwi and local bodies, said Waste Management.

But this has taken some residents by surprise.

The Manukau Harbour Restoration Society chair Jim Jackson said he only found out about the consent on Friday.

"We received no notification that they were going for a consent, and that it was going to be a non-notified process."

He said many residents were anxious they did not get to have a say in the matter, especially since they believed the expansion contradicted Watercare's efforts to restore the area.

"The Manukau Harbour has been compromised over the last 100 years with these simple solutions which are really not the best outcome in the bigger picture.

"We will eventually have walkways and cycleways from Onehanga to Stonefields, and Puketutu is a critical part of that."

Puketutu Island is owned by the Kelliher Charitable Trust, started in 1963 by Sir Henry Kelliher, but negotiations with iwi and Watercare last year resulted in an agreement to develop it into an open public space.

The waste processing plant, which has operated for nearly 10 years on the island, has long been riddled in controversy.

In 2007, Living Earth was taken to the Environment Court and later the Appeals Court by the Makaurau Marae Maori Trust, and both the Auckland City and Manukau City Councils in failed attempts to stop construction from happening on the Island.

They argued the compost would smell and would be an industrial activity in a rural zone.

Now the amalgamated Auckland Council has more than doubled the plant's existing lease.

The council's acting general manager for resource consent Rob Hunter said that was partly because the plant is already there.

He said the expansion included in the consent would not extend the area already taken up by the plant.

"The second processing plant sits within the envelope established by the first consenting process."

Mr Hunter said that is also the reason the resource consent was considered "less than minor", and not requiring public notification.

"The overall balance of impact on the environment is that the consent is to compost green waste which would otherwise not be composted and would go to potentially a landfill."

Waste Management said it was not surprised the consent was granted on a non-notified basis, given the calibre of the consultation that it conducted, and its excellence compliance history.