A 24-year-old man charged with the murder of a woman whose body was found on the lawn of an Auckland house had a weapon when he surrended himself to police today. 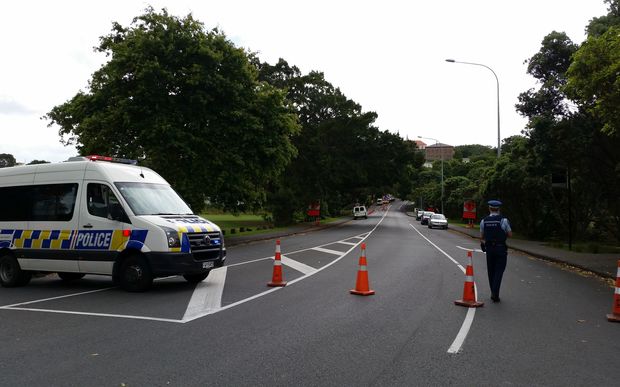 The woman was allegedly attacked while exercising on Shore Road in the Auckland suburb of Remuera.

Police have confirmed the man surrendered himself at Auckland's central police station about midday, and had a weapon that police believe was used to attack the woman.

He has been charged with murder and will appear in the Auckland District Court tomorrow.

Police were called to a Shore Road property at about 10.50am today by St John Ambulance staff after the woman was discovered by a resident of the house. 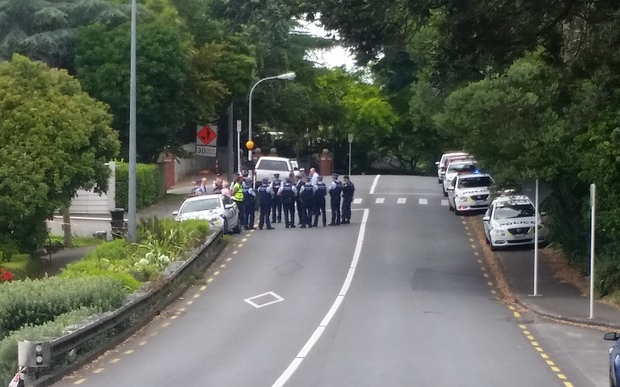 Police at the house where a body was found on the lawn. Photo: RNZ / Carla Penman

The victim died at the scene. Her body was removed late this afternoon.

Police believe they know the identity of the woman but still needed to contact next of kin.

Detective Inspector Kevin Hooper, officer in charge of the homicide investigation said he was "confident there was no further risk to members of the public from the person allegedly responsible for the fatal attack on this woman".

Mr Hooper said it appeared the woman was attacked somewhere nearby and police wanted to hear from anyone who may have seen a woman wearing exercise gear around Shore Road any time between 10am and 10.50am. 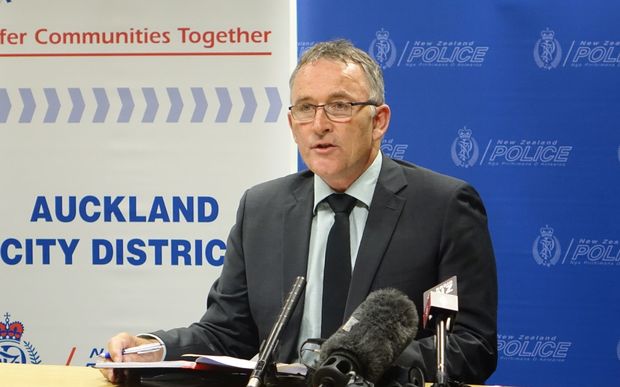 A scene examination is still underway and part of the road has been closed for most of the day.

Shore Road is a main route between the city and the Eastern Bays area, and is populated by expensive real estate and the prestigious private schools St Kentigern Boys' School and Baradene College.