In the world of theme parks there is Sea World and Legoland, even an Angry Birds Activity Park.

But it has taken a couple in Owaka in the Catlins to create an insect theme park. 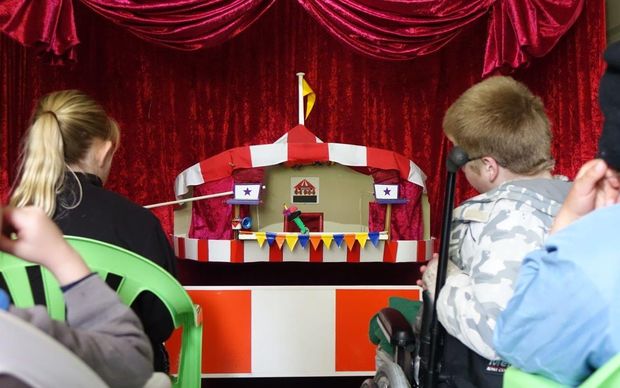 It is a 4ha property just outside of Owaka, Gordon and Janine Thompson have named Earthlore.

After four seasons, the insect theme park is attracting about 3000 visitors a year.

Mr Thompson said it was not really planned, it had just evolved that way.

"We started off we built a gypsy caravan and were going to do accommodation, but the weather in the Catlins is not very conducive to outside camping," Mr Thompson said.

"So we thought, we're in a tourist area, what can we do?

"I came up with the character of Inspector Insector and it's all blossomed from there." 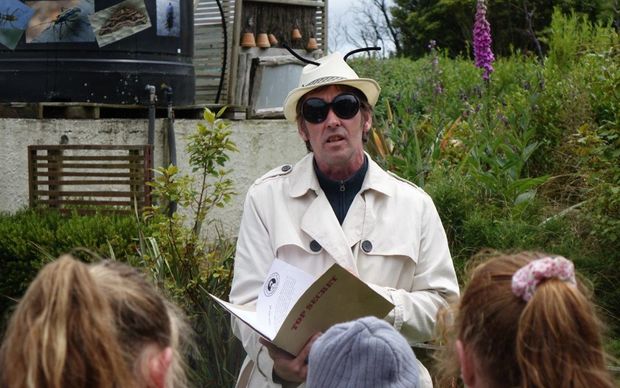 The day RNZ visited, the park was full of 60 children from the local Catlins Area School.

Inspector Insector set them a detective murder mystery to find out which insect killed a moth, Mavis Flutters.

The pupils ran enthusiastically around with screw-top jars collecting every bug they could find.

They found worms, bees, flies, butterflies and a native cockroach.

Most came from Bug City, an area planted out with insect-attracting plants, and filled with bug-friendly habitats.

Earthlore also had a gypsy caravan in which children dress up, a nine-hole, bug-themed frisbee golf course, and the big draw: Great Orlando's Magical Flea Circus puppet show, in a shed up the top.

While the detective mystery goes on, trained horticulturist Ms Thompson, runs the bug frisbee game in her burgeoning edible forest.

"Everything up there is edible or good for insects." 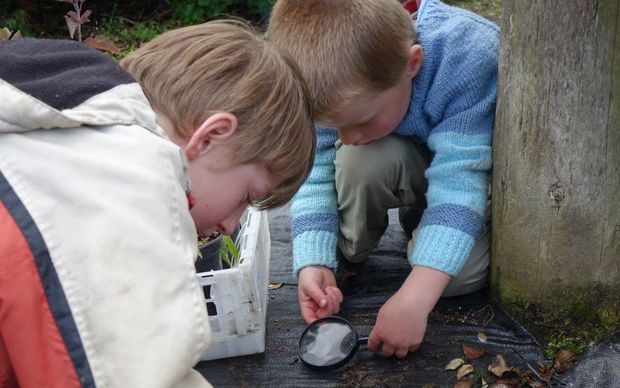 And there is a developing understory of currants, herbs and self-seeding vegetables.

It ties into the insect theme to show their role in pollinating the plants.

"The whole of nature is really based on insects. Without insects, there is nothing else," Ms Thompson said.

But she has not always been a bug person.

"I'm the plant person and Gordon's the insect person", she said.

"I am still a little unsure of spiders, but I'm working on it."

She said never in a million years would she have thought she would work on in an insect theme park or with children.

"Sometimes that is just the way life goes. It evolves and I wouldn't change a thing."