A magnitude 4.1 earthquake has struck the lower North Island this afternoon, two hours after a magnitude 5.1 quake hit the same area. 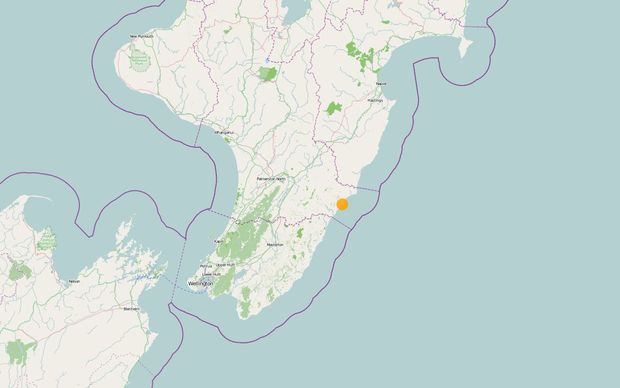 It was 35 kilometres deep, and centred 40 kilometres east of Pongaroa, south-east of Palmerston North.

It followed a 5.1 magnitude quake, which hit at 1.07pm today, was centred at a depth of 25 kilometres, about 25km east of Pongaroa. GeoNet earlier reported it as magnitude 4.9.

GeoNet has registered the first quake as a 'strong' shake. It was largely felt throughout the lower North Island, in Wellington, Palmerston North and Whanganui.

Several aftershocks about 3.0-magnitude have hit the same area this afternoon.