The daughter of a man who has been missing for 12 days says there are few leads on her father's whereabouts and the family are "worried sick".

Stephen Gourlay was last seen on 20 December on Kaikorai Valley Road, near Bowl Line, in Dunedin - two days after celebrating the birth of a new grandchild. 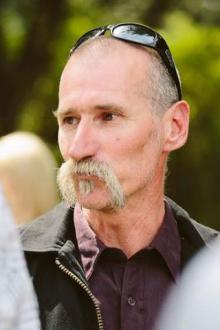 Emma Feather Shaw, his youngest daughter, has released a statement through police describing her father as loving and shy.

"Dad is always there to lend a hand with things like shifting house, babysitting or lending an ear and a shoulder to a friend or family member when they're feeling down.

"Our dad has spent the last few days helping us babysit the grandkids, run mundane errands, help a friend move house, and deliver a fire wood donation to a member of the community."

It wasn't until Mr Gourlay's birthday that the family noticed something could be wrong as he didn't contact them, she said.

"We started to worry but thought there must be a logical explanation.

"When he failed to get in contact on Christmas Day, and it came to light that he was not travelling with the friends he planned to spend New Years with, we reported him missing to the police."

It has been a stressful time for the family, Ms Shaw said.

"It is so unlike dad to wander off like this without letting someone know his plans.

"There are honestly so few leads that it really is a needle in a haystack search."

Ms Shaw thanked police and the search and rescue team for their efforts.

She asked the public to help find her father by keeping an eye out for him, calling police with tips and spreading the word.

"Please help bring him home, we miss him so much and are worried sick."