Arthur's Pass has reopened following an horrific crash between a bus and a car near Otira which left 16 tourists injured with two in a critical condition. 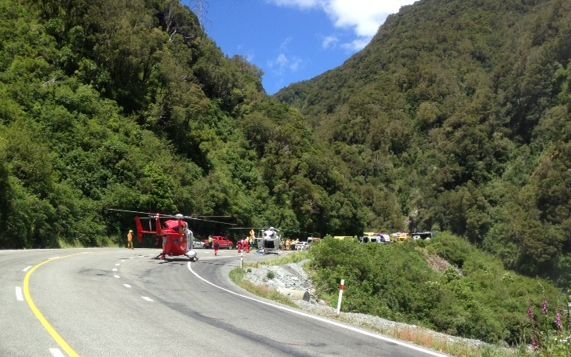 Police have confirmed 36 tourists were involved in the late-morning crash, in which the bus rolled on to its side at Windy Point between the Otira Viaduct and Otira Village on State Highway 73, near Arthur's Pass.

Three of the tourists were travelling in the car towards Christchurch and the remainder were on the bus, which was heading to the West Coast.

Eight people were taken to Christchurch Hospital - seven by air, one by road - and eight by road to Grey Base Hospital. Police took a further 15 uninjured bus passengers to Greymouth.

A Christchurch Hospital spokeperson said on Thursday evening that two people were in a critical condition, five were serious and one was stable.

Five of those with moderate injuries are being admitted to Grey Base Hospital tonight, while three are being discharged.

"Several people stopped and were assisting victims out of the upturned bus and providing first aid to the injured. They did an excellent job of looking after a large group of traumatised people," he said.

Debby Deaker, who owns nearby hotel The Bealey, said people started arriving at her hotel while they waited for the road to reopen.

Many were shaken up, and keen to share tales of their own near misses in the area, she said.

"There is a lot of concern. People were just coming in and relaying their stories of bad driving and crazy accidents and people taking risks.

"I myself experienced a terrible trip to and from Darfield on Boxing Day, where there were just people taking unnecessary risks, passing dangerously.

"It's quite mad on the roads right now." 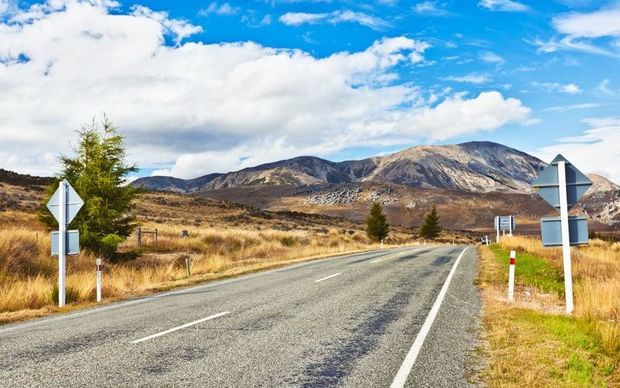 Mrs Deaker said the drive between Christchurch and the West Coast was "unbelievably scenic", and she struggled to understand why people did not take the time to enjoy it.

"The weather is amazing. Great visibility everywhere. It's not like it's pouring down with rain or foggy or anything like that," she said.

"It's one of the most scenic roads around. Just take your time. Just enjoy it and get there safely."

"It was multiple patients and obviously quite horrific in terms of some of the injuries and basically the crews are trained to deal with this and to get on and do the job that they're trained to do," he said.

The wreckage had been cleared, and a serious crash investigator was at the scene, a police spokesperson said.

An investigation was under way and police would look at all causes of the crash, including the possibility of a mechanical failure on the bus.

One lane of the highway reopened late this afternoon, and it was fully reopened at 6pm.

A diversion for traffic heading from the West Coast towards Canterbury had been in place via Jacksons but there were no detours in the immediate crash area, a New Zealand Transport Agency spokesperson said.

"We appreciate that motorists will be heading to New Years destinations and we thank people for their patience and understanding," the spokesperson said.