Two teens had a lucky escape after being blown out into Manukau Harbour on an inflatable swan. 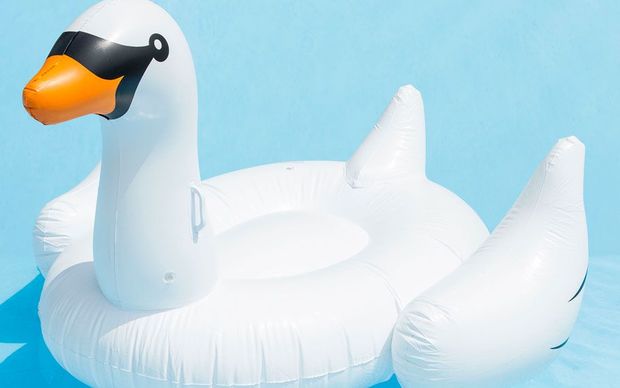 The girls were among four people rescued from Auckland region waters today after getting into trouble with inflatable pool toys.

Sergeant John Saunders, of the Auckland Police Maritime Unit, said the girls were blown 1.5km off-shore from the Awhitu Regional Park on the Manukau Harbour and had to be rescued.

The other incident involved two people needing help after their inflatable toy overturned at Auckland's Bayswater Marina. Only one was wearing a lifejacket.

"Police are concerned for the safety of people using these toys," Mr Saunders said.

"These are not boats and should not be used outside of a small sheltered swimming pool."