A man who stabbed his estranged wife to death planned to escape to South Africa after carrying out the killing. 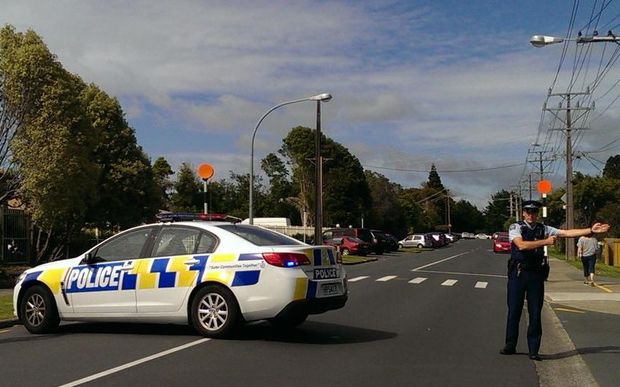 A police officer near the scene of the stabbing in Albany in November 2014. Photo: RNZ

Today, Brent Donovan Scott appeared in the High Court in Auckland where he admitted murdering Heidi Welman-Scott, 41, and attempting to murder Taryn Scott and her partner Matija Miletic, who were both 22 at the time. 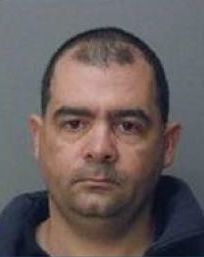 Scott married Ms Welman-Scott in 1998 and the pair emigrated to New Zealand from South Africa four years later before having a son.

By 2011, according to the police summary of facts, the relationship had started deteriorating.

In January 2014, a complaint was made to the police about Scott having a firearms licence and it was revoked.

In October, Scott booked tickets to South Africa. During a visit to his travel agent, he asked for the tickets to be held at the office and said he did not want to be contacted by email in case anyone found out about his travel plans.

He later told the agent he would catch his flight as long as he wasn't in prison or arrested.

Scott also sold his car. He told the buyer he was going back to South Africa because "you can't shoot or stab anyone here".

Four days before the murder, Scott purchased two knives from a fishing supply shop in Albany.

He also hired an Isuzu truck and, on the day of the murder, drove to a road near his wife's home in Albany, parking about 100m away.

The summary of facts said Scott probably hid behind a water tank to wait for his wife to get home after being on night shift.

When Ms Welman-Scott returned after dropping their son at school, Scott attacked her in the garage as she parked her car.

He stabbed her multiple times.

When they heard the commotion, the couple came down the stairs and tried to rescue Ms Welman-Scott by pulling her through the internal garage door and into the house.

Scott responded by stabbing them also.

Despite the efforts of passers-by, Ms Welman-Scott died at the scene. Taryn Scott and Matija Meletic required emergency surgery for their stab wounds.

Scott left the scene, returned the hire truck and got a lift to the airport.

He was arrested by police at Auckland International Airport trying to board his flight to South Africa.

Brent Donovan Scott was to stand trial in February. He will now be sentenced instead.