About 100 people ventured into the Wellington sea today to protest against deep sea oil drilling, and to call for climate action beyond the Paris Agreement. 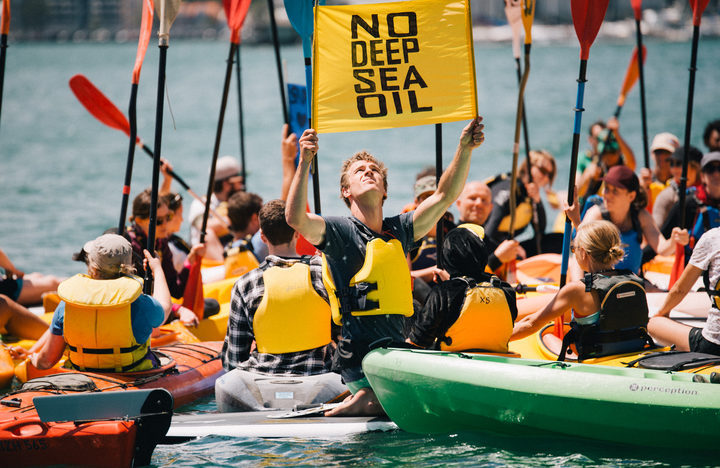 People took to the water in Wellington to protest against deep sea oil drilling Photo: Supplied

The protesters were mostly in kayaks, carrying banners and chanting for climate justice.

At least another 100 were gathered on the waterfront.

Oil Free Wellington spokesperson Jessie Dennis said the community was sending a message to oil companies to expect resistance if they try to drill off the country's coastline.

Despite the historic climate deal reached in Paris this morning, there was more work to be done, she said.

"People have come out today as another climate agreement has just been signed in Paris that we know won't deliver what we need for a safe or just future.

"As our so called leaders met in Paris this week, the government is pouring money into NIWA's scientific research vessel so that it can survey for oil and gas and give the findings to big oil companies, even though we cannot burn existing fossil fuel reserves.

"We're here to say we'll fight the plans of the oil companies every step of the way regardless of any deal signed in Paris." 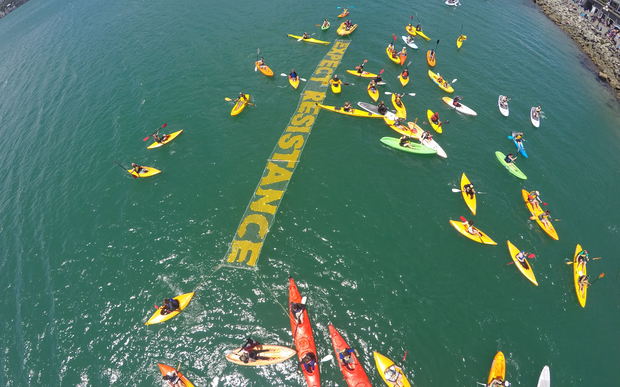 Out on the water, Reuben Harcourt said he was there for two reasons.

"It's an awesome day to come out on a kayak, and also because I care about the climate," he said.

"We need some responsible solutions, and Paris is all wrapped out, so we're just out here to show everyone we care."

Jo McVeagh - dressed as a penguin - was also in a kayak.

"We've seen in Paris we're not really going to get any outcomes from our government leaders and it's up to us to take action... to be part of the campaign to stop deep sea oil exploration in our country," she said. 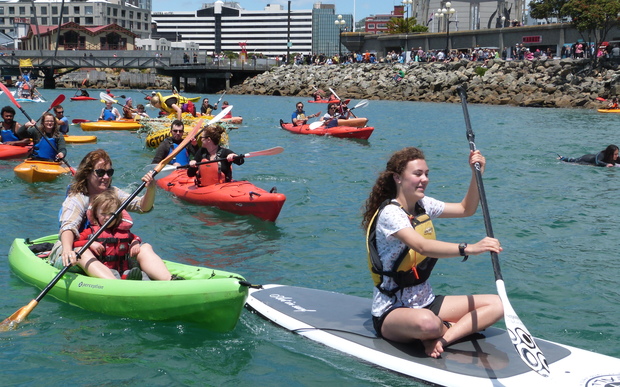