Auckland Council has been accused of dragging its feet in keeping its promise to create a new public area along the city's waterfront, following the sale of Queen Elizabeth Square earlier this year. 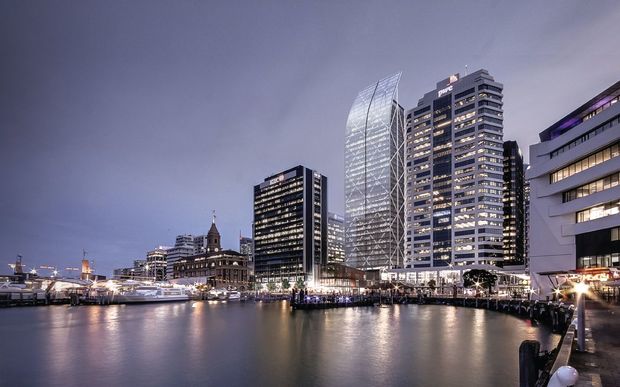 The square's new owner, Precinct Properties, unveiled more details of its $681 million redevelopment of downtown Auckland, including the country's tallest and most expensive office tower.

The area between Lower Queen Street, Customs Street and Quay Street would be known as Commercial Bay. It would include the 39-storey office tower, a three-storey shopping mall, a pedestrian-only strip and underground tunnels for the City Rail Link.

The new PwC tower would be built on the current Downtown Shopping Centre site and would be the tallest office block in the city.

"Lower Queen Street is really going to be unlocked and be used for pedestrians only, and I think that's going to be a remarkable thing. It's right on the waterfront, it's in the middle of our CBD and it's civic space that will be bounded by that beautiful heritage building, CPO, and also what we construct."

But that new civic space is a moot point.

Commercial Bay only became possible after Precinct Properties struck a controversial deal with the Auckland Council to buy Queen Elizabeth Square for $27.2m in February. 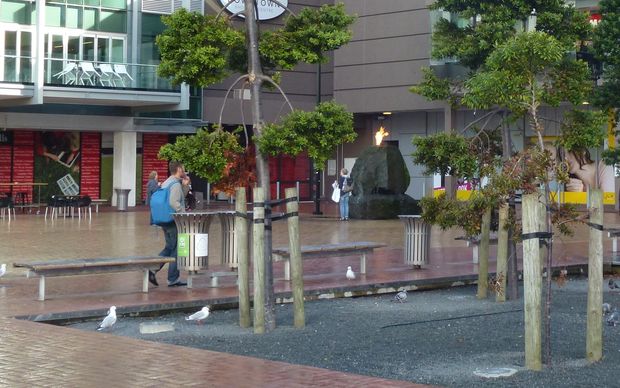 To compensate for the loss of the public area the council promised to use the proceeds to create a new recreation space along the waterfront.

Urban Auckland spokesman Patrick Reynolds said Lower Queen Street was already public space, and without knowing what was going to be developed by the council, the new pedestrian-only version would not add anything new to the city centre.

While he welcomed the development of the downtown area by Precinct, he said ratepayers were still being kept in the dark about what they would be getting in return for the loss of Queen Elizabeth Square.

"There have been some very vague noises about things down on the waterfront, but we just really want to make sure that the people of Auckland do get the really high quality urban public space they have been promised."

"These will be spaces on either side of Queen's Wharf, one on Ferry Basin and one on Admiralty Basin."

However, Auckland councillor Mike Lee believed the council's plans to reclaim part of the Ferry Basin for public use would not be successful.

"The people of Auckland have made their views on harbour reclamation very very clear over the last year, and I think that would be a very foolish thing to do."

Mr Lee said the sale of Queen Elizabeth Square was a "profound mistake".

Construction on Commercial Bay would start in June with the shops completed by October 2018 and the PwC tower in mid-2019.

Auckland Council said it also hoped to have its new public spaces built within that time.