A veteran Black Power member has been offered an olive branch by a Maori trust that previously wanted to evict him from land it owns in Taranaki. 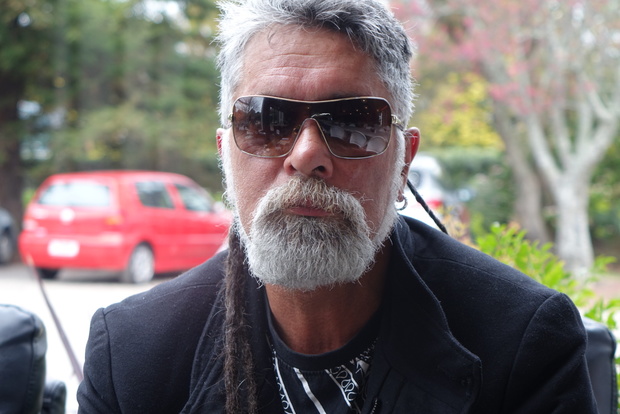 Kevin Moore said he was waiting to see the terms of the lease before deciding whether to sign up to it or not. Photo: RNZ / Robin Martin

The Rohotu Block Trust is offering Kevin Moore a lease on a trial basis, but neither its chairman Vincent Brown nor the gang member seem particularly happy about the arrangement.

The Rohotu Block Trust manages eight hectares of Maori freehold land at East Beach, Waitara. There are about 30 houses on the property.

In September, the trust said Mr Moore, who was acquitted of the murder of a rival gang member in 1992, had occupied a part of the block illegally and it wanted him evicted.

Mr Moore has been on the site for more than 18 months and has been accused of intimidating his neighbours - allegations Mr Moore denies.

Trust chairman Vincent Brown said the change of heart came about as a part of Maori Land Court mediation.

"They're getting a thing drawn up, a bit of an agreement, and that'll be sent to him and sent to the court and that's about it really. Whether he likes it or not I don't know."

Mr Brown said there were strict conditions attached to the trial lease although he would not say what the conditions were. 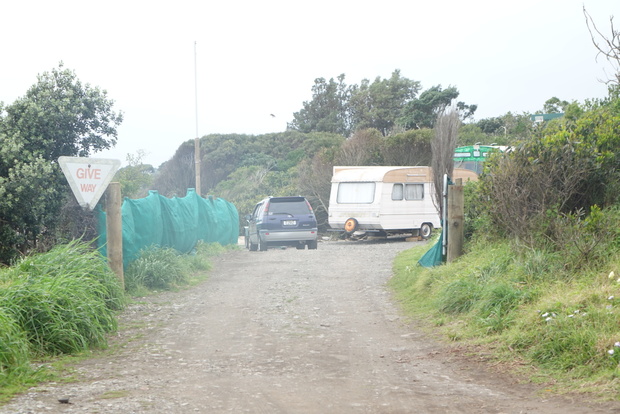 Mr Brown said if it was up to him the trust would still be looking to evict Mr Moore.

"Well it's coming from the whole trust but my thoughts are definitely still the same, I don't want him on the property.

"I've given the trust a hand to write it up and things like that, but if I'm asked personally, myself that's the answer I will give. That I don't want him on the property full stop."

Mr Moore said he was waiting to see the terms of the lease before deciding whether to sign up to it or not.

"They've gone to draft up a lease with some recommendations and conditions I'd say and it all depends on what those conditions are otherwise I won't be signing it."

Mr Moore said he understood the conditions were likely to include rules about the number of buildings, plumbing standards and the number of people allowed to stay in his compound.

He was pleased at the offer of a lease but his sister Andrea Moore was unhappy the family's argument that they have whakapapa to the land and have a right to live there was not heard as part of the mediation process.

"The facilitator sent them home without them sitting around a table with us and that is what is annoying my sister because she wanted to discuss the historical side of things which they did not hear.

"You know what I mean, she'd done all the research and they didn't get to hear what my sister wanted to say."

Andrea Moore is likely to raise the issue of her family's belief that they have a right to be listed as an owner of the block when the issue is next discussed at the Maori Land Court on 17 December.