A person is dead and two seriously injured after a head-on crash near Karapiro in Waikato. 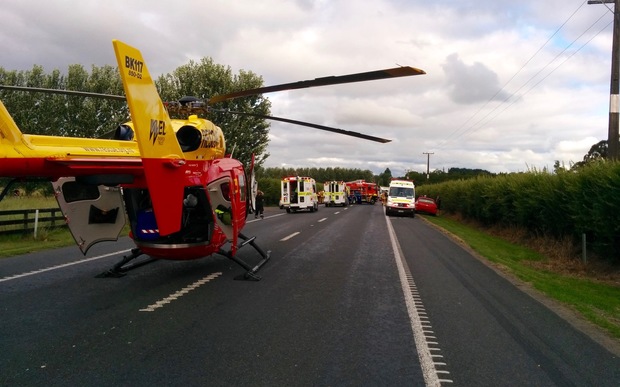 The Waikato Rescue Helicopter was returning from a flight to Taupo when it was diverted to the crash. Photo: Philips Search and Rescue Trust

The collision happened just after 6pm. Two other people have moderate injuries.

The Waikato Rescue Helicopter said one of the injured was a woman in her 30s, who was five-months pregnant.

She was flown to Waikato hospital with a fractured sternum.

A section of Tirau Road is closed and diversions are in place.