A Taranaki farmworker accused of murdering his son told police he had enjoyed spending some of over $78,000 transferred by the younger man into his account. 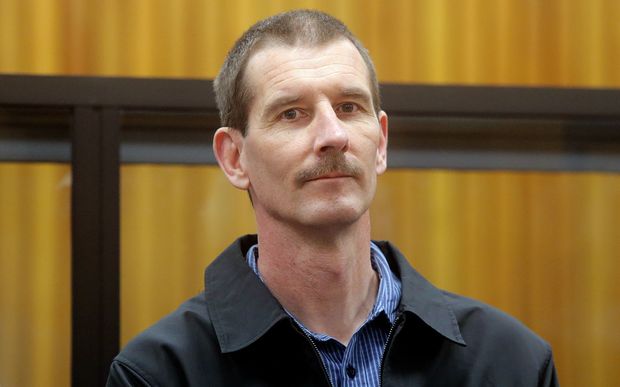 David Roigard is on trial for the murder of his son in the High Court in New Plymouth. Photo: POOL / Robert Charles / Fairfax NZ

The Crown says David Roigard, 51, killed Aaron Roigard because he could no longer conceal he had frittered away thousands of dollars his son thought was being invested on his behalf.

His defence team says the evidence against him is circumstantial and it needs to be proven that a killing took place.

The jury in the High Court in New Plymouth has finished watching a seven-hour police interview with Mr Roigard, recorded 10 days after his 27-year-old son's disappearance in June 2014. 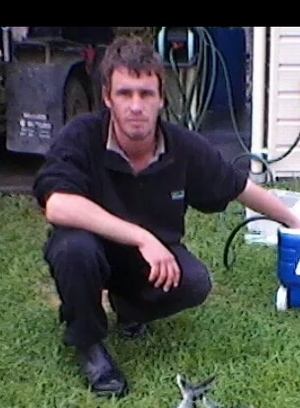 In it, Mr Roigard told Detective Jamie White that Aaron transferred up to $800 a fortnight into his bank account from 2007 to 2014.

Mr Roigard said the transfers started as payments for a car but his son overpaid him.

In return, he said he paid for the younger man's car registrations, warrants, oil charges, speeding tickets and the odd trip - but admitted he was overpaid by thousands of dollars.

Asked to explain the discrepancy, he said it was just like that. He said he had enjoyed the extra money but "Aaron knew about it and could have stopped it at any time".

When Mr White produced bank statements showing his son had transferred more than $78,000 to his father since 2007, Mr Roigard was stunned. "I never thought it was that much."

He had no idea why Aaron continued to send that much money to him and not bank or invest it, he said. "I don't know, you'll have to ask him."

Asked what he had done with the money, Mr Roigard said: "I spent it."

During breaks in the interview, Mr Roigard was seen muttering to himself between sobs that "he'd better get his act together", "was it really 78-grand," and "you'd better come home soon, boy".

The detective continued an aggressive line of questioning as the interview drew towards its conclusion.

Mr Roigard, who was now agitated, was challenged about his statement he had never spoken to his son about investments - when both his wife, Pam, and daughter, Aimee, remembered him talking to his son about them.

His evidence about the day Aaron went missing was also questioned in the interview.

Julie Thoms, Aaron's partner and the mother of his two young sons, had said Mr Roigard told her Aaron had gone into his house to sign up for a farm they were buying but argued with the people organising the sale and run off.

Mr Roigard said Ms Thoms was lying and he and Aaron had been alone filling the woodshed.

Mr White produced a text message sent by David Roigard to Ms Thoms that appeared to corroborate her story.

The detective honed in on other apparent inconsistencies in his evidence and those of other witnesses, often using texts to undermine Mr Roigard's position.

Detective White ended the interview by telling Mr Roigard he had constructed a web of lies about investments and farm purchases he could no longer maintain, and the police believed that had fatal consequences for Aaron.

Need to decide on death

Shortly after the interview, Mr Roigard was charged with the murder of his son and eight counts of theft.

The police's case is that Mr Roigard killed Aaron with a woodsplitter on 2 June 2014 and disposed of his body, which has never been discovered.

But Justice Heath has told the jury of nine women and two men that one of the first things it needed to decide was whether Aaron Roigard was in fact dead.

Mr Roigard's defence team has said the case is not so much a "whodunnit" but rather whether anything happened at all.

They have pointed to Aaron Roigard's use of marijuana and synthetic cannabis, and his inability to deal with stress, as possible reasons for his disappearance.