Families who had to be evacuated from their homes in a Christchurch suburb while fire crews worked to contain a fire, are now allowed back into their houses.

More than 60 fire fighters and a helicopter with a monsoon bucket were called to the blaze on the sand dunes near Marine Parade in Southshore this afternoon.

The fire is now under control and a fire Investigator will be at the scene tomorrow. 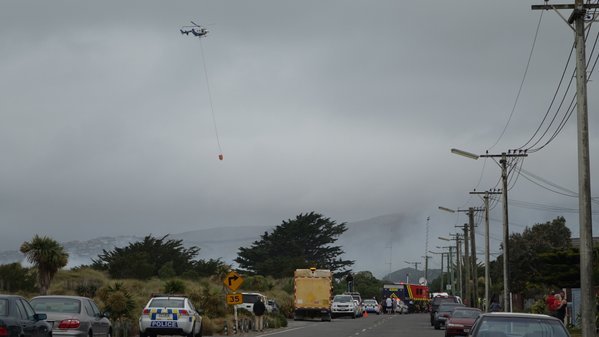 The Fire Service was called to the blaze in the South New Brighton sand dunes near Marine Parade about 2.45pm, and the fire later spread to nearby trees.

Almost the entire suburb of Southshore was cordoned off during the incident, and police asked non-residents to avoid travelling to the area.

It is understood four firefighters were treated for smoke inhalation.

Southshore near Caspian St is still cordoned off due to fire Avoid the area to allow fire crews access ^SM pic.twitter.com/O52QcjP467