A Northland dairy farmer is calling for intensive research on the build- up of cadmium in New Zealand soils and streams.

The superphosphate that was commonly used here for 60 years had high levels of the heavy metal, which can damage kidneys, bones and is a carcinogen.

Hikurangi farmer Ben Smith said he stopped using superphosphate ten years ago - but it is a toxic legacy that is still giving.

His dream is to create the ultimate clean, green dairy farm: one that uses all its own waste to grow food and make fuel. 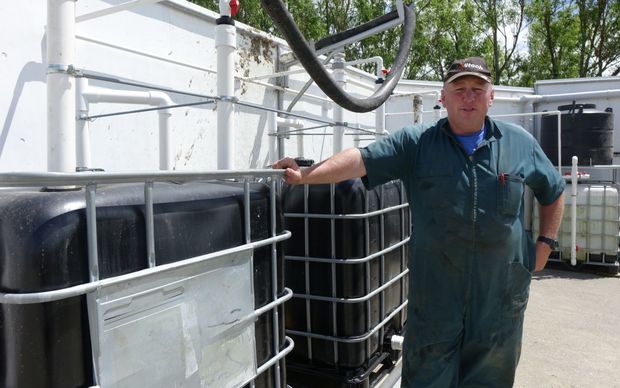 So far he is managing to produce methane gas from his cow manure, and use the silty liquid that drains from his methane digesters to feed fish.

He's growing lettuce and strawberries in polystyrene punnets floating in the fish tanks, in his old milking shed, and raising small numbers of perch, kokopu, whitebait and koura, (freshwater crayfish).

But if he wanted to expand beyond the pilot stage he faces a problem: the soil on his dairy farm is contaminated with cadmium after generations of superphosphate use.

That is not a problem for dairy production because the heavy metal ends up in the cows' organs - not the milk. But fish were another matter, he said. 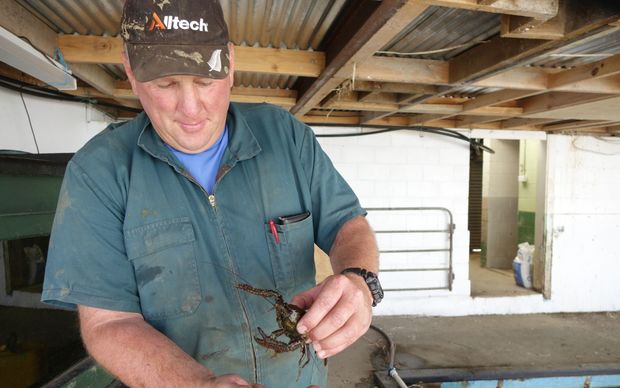 Ben Smith and a koura from his fish tank. Photo: RNZ / Lois Williams

"Fish will pick up any of the toxins that are in their feed. If there's cadmium in the cow manure, it shows up in the fish. They grow really fast, and they will concentrate anything like that."

Mr Smith said no one knew how much cadmium from farmland was leaching into rivers and harbours because no one was routinely testing sediment.

The cadmium build-up agricultural soils has been monitored only in the past decade.

Research done last year for the Ministry for Primary Industries and the fertiliser industry found soils with the greatest cadmium concentrations in Waikato, Taranaki and Bay of Plenty.

Massey University scientist Mike Joy said the danger level for cadmium was triggered in New Zealand when it reached 1mg/kg in the soil, and in some parts of the country such as Waikato and Taranaki, even exceeded that.

Dr Joy said it was not possible to say how much land was now too contaminated to grow food crops.

"The only real published work we can use is the Waikato Regional Council study where 160,000 hectares back in 2004 exceeded that level, and modelling showed it would be over half the region by 2030."

Dr Joy said the cadmium-affected land could be used only for milk production or forestry but not for meat farming or cropping.

He said if the government had not exempted agricultural land from being classified under the Bio Solids Guidelines, many farms would be officially classed as contaminated sites.

"For me the biggest issue is not being able to grow food from that land in the future; that we've put our food security at risk by contaminating our soils with this carcinogenic heavy metal."

Since 2011, the fertiliser industry has been self-managing cadmium levels, under an MPI strategy, by soil testing and adjusting superphosphate use.

Lincoln University soil scientist Brett Robinson said that had greatly reduced the amount of cadmium now being put into the soil, and the superphosphate imported now had generally lower levels of the heavy metal, compared with earlier shipments from Nauru.

Dr Robinson said the Department of Soil Science was working on innovative ways of extracting cadmium from soil or preventing plants from absorbing it.

"We have a PhD student, who has found that a whole lot of different composts made from green waste can reduce cadmium uptake by plants by up to 60 percent. So that's a huge potential benefit."

But Dr Joy said it would take an enormous amount of compost and a very long time to extract the cadmium that has built up in New Zealand's soils over the past six decades. 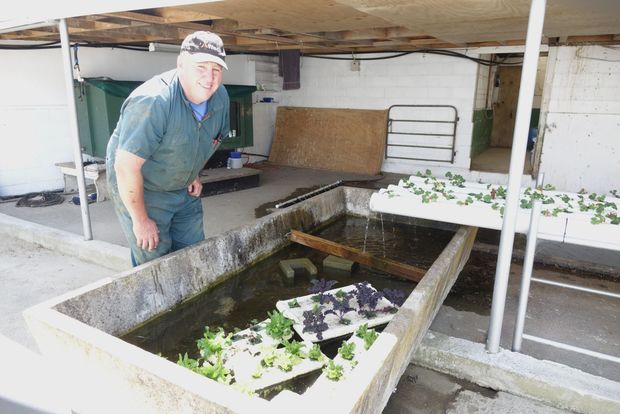