Today marks 68 years since the fatal fire at Ballantynes department store in Christchurch. 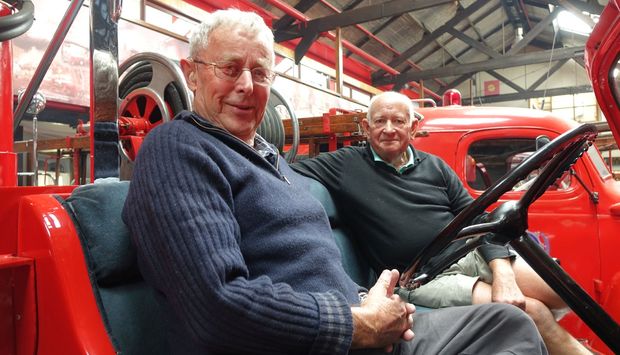 A group of retired firemen and motor enthusiasts have now restored the first fire engine to respond to the Ballantynes fire.

The 1945 Ford V8 Mercury, known as number 11, is in good condition, considering its age, thanks to the volunteers at The Hall of Flame, a group who have spent years restoring it.

Each Thursday, about 20 men meet at Ferrymead Heritage Park to work on old fire engines.

One volunteer, Michael Hayes, said the number 11 engine was donated to them in 2005, in a shocking state, after spending years sitting in a paddock in the North Island. 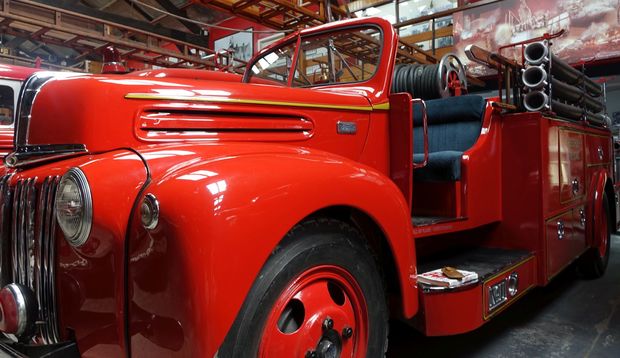 "A man called Thomas Grace kindly donated it to us. It had been sitting in a paddock deteriorating near Helensville for a few years - before that, a farmer was using the old pump on the back of it for irrigation.

"When it arrived, the whole thing, all the body work - which is wood - was rotten, so we pulled it apart and totally rebuilt it, from the chassis up," Mr Hayes said.

This is the first time the number 11 has been ready to mark an anniversary, with the restored engine unveiled earlier this year. It now sits proudly in a museum, along with 25 other engines the group has restored, including three other engines which attended the fire.

"It's a typical example of the New Zealand type of World War II machine, where the men used to sit on the back of the machine. 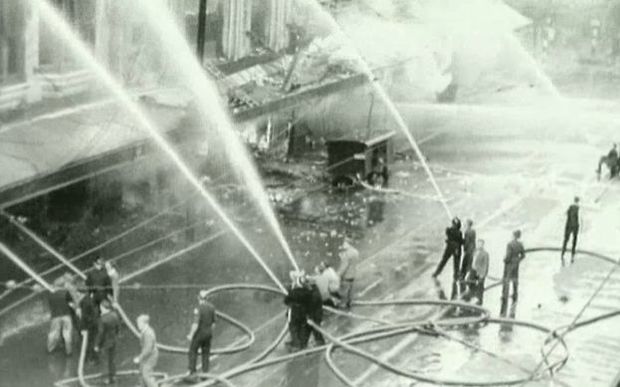 The Ballantynes department store fire in 1947. Photo: NZ On Screen

"It has a lot of power, it was not uncommon for men to fall off the back of them."

"We had to take all the spark plugs out, strip it down and remove the fuel pump, because it had not been running for a while, we basically gave it a good tune up and now it runs very sweetly."

The Ballantynes fire was still fresh in the memory of lots of people said Mr Witlow.

"We lived over in Spreydon and we could see the smoke and the flames, it was a shock for everyone, especially because it was so close to Christmas and the end of the war."

As a 10 year-old, Mr Hayes biked into town after seeing the smoke.

"A fireman asked me to carry a hose for him, so I struggled down the street with this reel of hose.

"I can still remember another firemen taking it off me and getting it hooked up to the water.

"I remember the loading bay door of Ballantynes was white hot, and the water jets going onto it, just turning into steam of course - that is one of my most startling memories."

There was water everywhere, as 31 jets were used to put out the fire, with 51 firemen on site.

"Sailors from a Navy ship which was in Lyttelton Port came and helped, and civilians - the fire was huge," Mr Hayes said.

Official records show the Fire Service was called at 3.46pm and, by 5.29pm, the fire was surrounded and under control.

The Hall of Flame approached Ballantynes and offered the use of the number 11 engine for this year's anniversary, but the company declined.

As is its custom, the company will lay a wreath at the Ballantynes Fire Memorial at the Ruru Lawn Cemetery in Bromley today.