A Hamilton project that has housed more than 100 homeless people in just over a year could be replicated in other centres, the city's mayor says.

The People's Project has housed 127 people in just over a year. Photo: 123RF

The People's Project aims to end homelessness in the city by the end of 2016.

The project has housed 127 people since it began last September, including a key group of 40 to 50 who were living on the street with nowhere else to go.

People's Project head Julie Nelson said their aim was to end homelessness - not to manage it.

"Managing homelessness is temporary arrangements, it's shelters, it's feeding people in public places, it's the begging.

Instead, the People's Project took a housing first approach, she said.

"Working with people to get people into a house, and then seeing what they need, to actually be able to live well within that house.

"So instead of doing services first, it's about housing first."

So far, it is an approach that has seen 80 percent of those housed in private accommodation, 13 percent with Housing New Zealand, 6 percent in social housing, and 1 percent in council housing.

Services were then wrapped around those people, to address underlying problems, such as mental health problems, previous traumas, or time spent in prison, Ms Nelson said.

"For some people, they need to deal with their other issues, and for some people that might mean other social services coming in and providing support, which is really important.

"For some people, it's also about dealing with their addiction."

The programme is unique in having a governance group which is chaired by the mayor, and includes all key statutory agencies, including police, the Waikato District Health Board, Housing New Zealand, Ministry of Social Development, Te Puni Kokiri, and the Central Business Association. 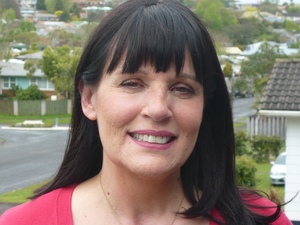 Hamilton mayor Julie Hardaker said having the right people in the room had been the secret to its success.

Other councils were now inquiring about the project and she hoped it would be adopted by other communities.

"Because people find themselves without a home for a variety of reasons and there are some very sad stories, right across New Zealand there are those.

"Every community wants to have something that can respond to that and enable people to live the lives that they should have."

The People's Project was sparked by concerns about safety in central Hamilton, particularly in relation to the use of legal highs.

Prevention manager with police in Hamilton, John Kelly, said the project had done an amazing job of housing people, and along with a city safety plan it had contributed to a 30 percent drop in central city crime in the 2014-2015 year.

"Greater visibility of city safe people and police, and yes, it's a more vibrant city which is what the council is heading towards."

Ms Nelson said it was a privilege to work with the homeless and the results so far were really pleasing.

"The opportunity for us to walk alongside people is pretty remarkable, and seeing the transformation for people when they get a house is amazing, it's really amazing."

And, when asked if the project's goal of ending homelessness in Hamilton by the end of next year was achievable, Ms Nelson said, "Why not?"