A man is helping with enquiries after a bomb threat at the Wellington District Court, police say. 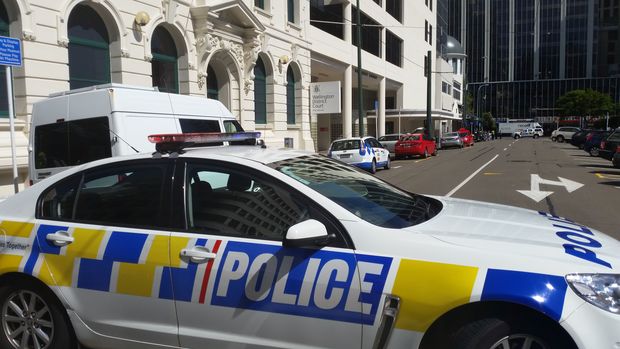 Hundreds of people had to vacate their offices after this morning's threat at the court, with a police cordon put around the block.

The police searched the building with bomb squad dogs looking for a suspect bag until an all-clear was given. No suspicious items were found, they said.

A woman standing outside the court told RNZ security guards asked everyone to leave at 9.30am and said it would take one to two hours to check the building for any sign of a bomb.

Court schedules were disrupted and prisoners who were being held inside the court were transported to nearby cells in the High Court during the search.

People were being allowed back into the court building by 11am.

In a separate incident in Palmerston North, the police said cordons had been lifted following a call-out over a suspicious package left in Work and Income's office on Main Street.

The package had been examined and posed no risk, they said.