Christchurch dog-owners could soon be slapped with a $300 fine for not carrying plastic bags to pick up after their pets. 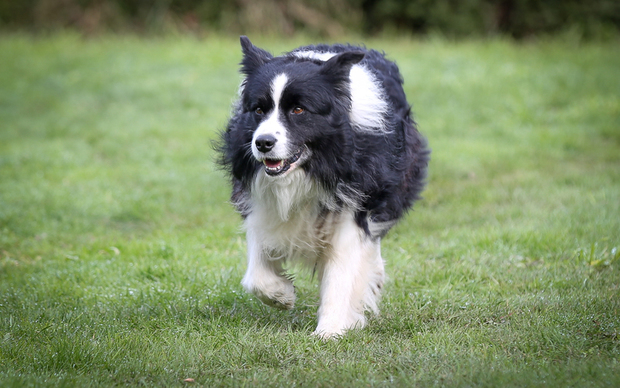 Dog-owners may soon find themselves faced with a hefty fine for not carrying plastic bags. Photo: RNZ / Alexander Robertson

The new offence is contained in proposed changes to a city council bylaw.

The man in charge of dog control for the Christchurch City Council, Mark Vincent, said the new fine would only apply to recidivist offenders.

"It's not 'let's go around and bat people on the head because they don't have this'. We're just trying to encourage people to do the right thing.

"Now, of course, if they are not going to do that, then, obviously we have the back-up of the fine if we want to use that."

However, Mr Vincent admitted it would be difficult for his 10 dog control officers, who don't have the ability to search owners to verify if they are carrying bags, to enforce the bylaw.

"Ninety-six percent of the dog owners in this city are wonderful people. They're great dog owners and they really care about their animals.

"We're going to have some people who won't comply. The tools the bylaw allows us to use will encourage those people to comply."

The proposed bylaw is on top of an existing one that already makes it an offence to not pick up after your dog.

But in the past 12 months, nobody has been fined for breaking this rule.

Canterbury Medical Officer of Health Dr Alistair Humphrey said they didn't need another bylaw but instead needed to enforce the one they already had.

"Those dog owners who flaunt the current bylaw by not leashing their dogs, by not picking up after their dogs and most importantly, by not registering their dogs, are the people we should be targeting right now, not people who just happen not to have some bags on them at the time."

Dr Humphrey said getting dog owners to pick up after their dogs needed to be a priority for the council.

"Stormwater run-off into our rivers will always be a problem, but we can minimise the contamination if we do things like pick up after our dogs.

Sharon Manson, who was walking her dog in Hagley Park today, did not have plastic bags with her and, under the proposed bylaw, would be up for a $300 instant fine.

She said she didn't need bags because her yellow labrador had been trained to only poo in her own back yard.

"Do you know my dog is weird, and this is going to sound really odd, she only does poos at home.

"I know that sounds really odd but we trained her right from the start ... that she could only do doggy-do in a certain area and so she won't go anywhere else."

However she said she would make a point of carrying bags with her if the rules were changed.

"I've got young kids and I don't want them going around standing in dog poo.

"I've seen enough people here letting their dogs go and if you say anything they get really grumpy with you so anything to keep it clean for the kids is good by me."

Dog-owner Shirley Black did have bags with her for anything left behind by her dogs Zac and Hazel, although she had almost run out.

She said a fine for not carrying bags would help.

"When I've been walking I've actually stood on dog poo. Even when you go for a walk around Hagley Park you come across it... so yeah, I think they should."

The proposed change to the dog control bylaw still had to be voted on by the council.

If passed, there will be public consultation before a final bylaw is introduced at the beginning of next year.