The Canterbury Earthquake Recovery Authority (CERA) has signalled the idea of selling off parts of Christchurch's residential red zone. 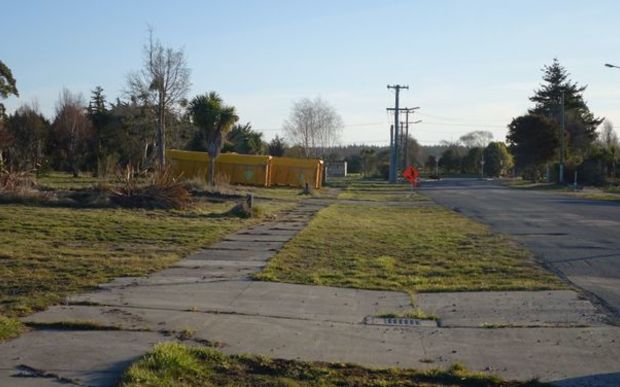 The information is contained in papers released under the Official Information Act.

Up until now, the government has stuck to the line that no decisions had been made about the future of the red zone in Christchurch and that it hadn't even decided on when it might begin consulting with the public on what they would like to see happen there.

The red zone includes 500 hectares of mostly very damaged land that runs alongside the Avon River from its mouth right up into the middle of the city.

People in Christchurch have expressed strong interest in what might happen to the land, especially those who used to call it home.

The advice to Earthquake Recovery Minister Gerry Brownlee from his officials said the government had two priorities when it came to the red zone.

These included "achieving a high amenity value" and "proactively maximising any opportunities to offset some of the $1.5 billion the Crown has spent acquiring red-zoned properties."

Under the title "policy objectives for discussion", the advice lists a number of ways economic growth could be achieved in the red zone.

Among the suggestions is selling land to "facilitate private sector investment opportunities".

The advice said this might include housing, small scale farming, light commercial activity and tourism.

The policy objectives for discussion include "no negative financial legacies" and, according to the documents, the money made from selling off or renting out red-zoned land should offset the cost of maintaining the land and paying council rates from the middle of 2018.

Officials predicted that, by the middle of 2017, CERA would have spent $127m on maintaining the red zone. It did not go into details but talked about land management costs.

Managing the red zone so far has mostly involved building fences around land to prevent people dumping rubbish there, keeping the grass down, and pruning or chopping down trees.

The papers cover a period of 18 months from the beginning of 2014 and show the government has been keen to make decisions on what should happen to the land for quite some time.

The advice said the government had been prevented from doing this by the Christchurch City Council.

It said no decisions could be made on the land until it heard from the council on which parts were needed to maintain roading connections between green-zoned parts of the city, and for underground pipes.

When it finally received this information from the council in February of this year, it discovered the council planned to build stop banks that would leave much of the red zone prone to flooding.

Mr Brownlee was not available to be interviewed.

A spokesperson for his office said no decisions had been made about what would happen to land in the residential red zone and a full public engagement process would take place before decisions were made.