A vessel found on the sea floor near the entrance to Picton Harbour in Marlborough is possibly the yacht Sioux, police say. 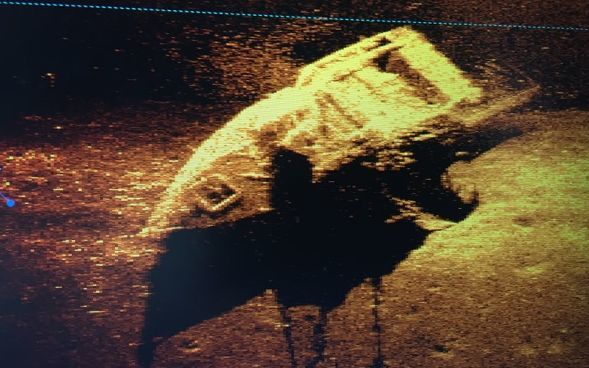 Navy images show a wreck on the ocean floor at the entrance to the harbour. Photo: Supplied

Detective Kris Payne said navy images showed the vessel was about 10 metres long, which was consistent with the length of the Sioux.

The yacht broke free from its mooring in a winter storm in 2010. Yacht rigging was reported to have been seen in the water soon after it disappeared, near the site of the sunken vessel.

The vessel on the sea floor was spotted during a naval exercise and images were passed on to the police this morning.

"That (the Sioux) was a boat of similar size and description to the one that's believed to be on the floor so it's a possibility that it's this boat from Waikawa," Mr Payne said.

"But as I said, we're still having an open mind as to where it's come from and how it's got there."

It would be far-fetched to connect the find to the 18-year-old case of the disappearance of Ben Smart and Olivia Hope, he said.

Arrangements were being made for the Police Dive Squad to investigate and confirm the vessel's identity.