A 5.4 magnitude earthquake centred 35 kilometres north-east of Taihape has rattled parts of the North Island. 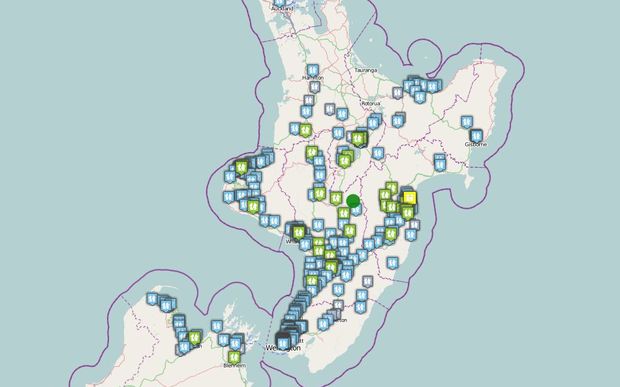 The earthquake, which was centred near Taihape (dark green dot), was felt around the North Island. Photo: GeoNet

The quake, which hit about 6.45pm on Sunday, was 55 kilometres deep.

Taihape Community Board member Michelle Fannin said she and her two children felt it strongly.

"It was quite a decent quake and all three of us got under the door," she said.

"Just a huge jolt, things fell down, and we weren't too sure if it was going to get any bigger so we decided to move. We were worried about the telly but it survived."

She said a few ornaments fell off her shelves but there was no damage.

According to reports posted on social media and to GeoNet, the quake was felt strongly in Napier and Palmerston North and it was also felt as far away as Wellington and Nelson.