Smoke from a fire on the roof of an Auckland hotel is causing disruption around the central city. 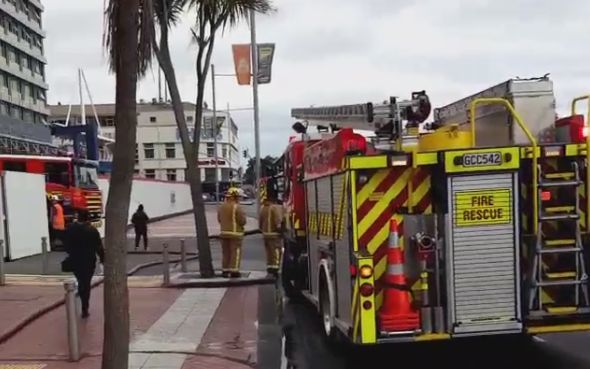 The fire service outside the hotel Photo: Supplied

The Copthorne, on Quay Street, is currently empty and a construction site.

The Fire Service was called out to the hotel at about 9:15am today.

A spokesperson said the fire was in a container on the roof, and had created a large amount of smoke that could be seen throughout the central city.

Firefighters managed to get water up to the top level, and the fire was under control.

However, there were some partial road closures around Quay Street.