A double fatality on one of Christchurch's one-way streets has prompted the Council to look at ways to make the road system safer. 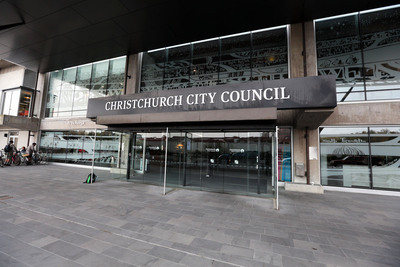 The Christchurch City Council is considering making its one way streets safer following a double fatality this month.

Michael Burnby died and his husband was badly injured when the car they were in was hit by a man allegedly driving the wrong way down a one way street.

The driver of the other car, Aliielua Salaivao, was also killed.

A friend of the couple, John Lawrence, presented a 1200-signature petition to the council's meeting today, asking for flashing lights to be attached to the back of signs on one-way streets.

Mr Lawrence said the lights would cost the city $2.7 million.

Councillors asked for a staff report on the lights and referred the matter to a council committee for further discussion.

Meanwhile, the Council has voted to pay half the cost of repairing the city's oldest surviving commercial building made from wood.

The Shands Emporium building was constructed in 1860 and has been moved from its original site on Hereford Street to Manchester Street.

The council has voted to contribute half the $340,000 cost of repairing the earthquake damaged building, which is owned by Christchurch Heritage Limited, a company dedicated to saving the city's heritage.