The number of people working for the Earthquake Commission has halved since the peak of the Canterbury earthquake crisis. 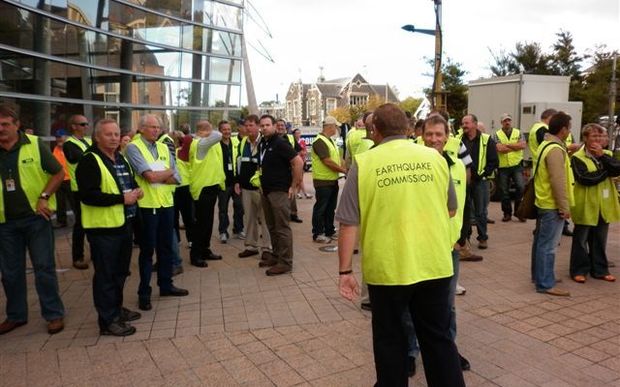 The commission has just released its 2014 to 2015 annual report.

Staff numbers at the Earthquake Commission rose to about 1800 during the busiest period of the earthquake response, but the staff now number just under 900.

The commission expects that number to continue to fall in the next 18 months.

It said the average length of service was just over two years and about 60 percent of its staff had been with the organisation for three years or more.

In addition, 23 payments totaling almost $800,000 were made to staff, as part of what are termed "confidential contractual agreements".

The report, by chair Sir Maarten Wevers, said that since the first earthquake in September 2010, EQC had received over 470,000 claims from the Canterbury earthquake series.

By the end of June 2015, 99 percent of contents claims and 80 percent of land claims had been settled in Canterbury.

More than 167,000 dwellings claimed for building damage: of that, 96 percent have either been fully cash-settled to the extent of EQC's liability or repaired through the Canterbury Home Repair Programme.