At least 10 earthquakes of about magnitude 3 have shaken the Turangi area of the central North Island. 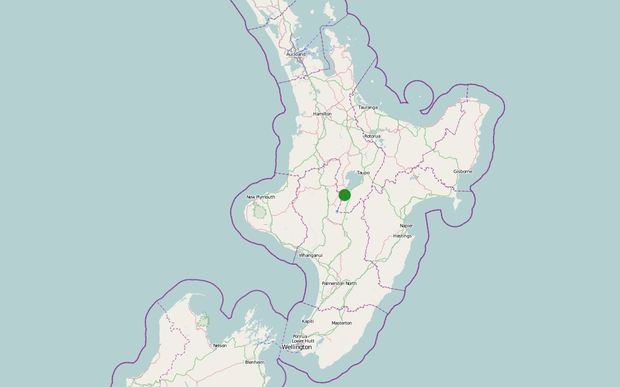 Map showing the epicentre of one of the weaker quakes. Photo: GeoNet screenshot

The first earthquake at 3.14am was 3.4 magnitude and at a depth of 7km. Later quakes ranged between 2.0 and 3.2 and were also shallow, and all were centred between 5km and 10km west of Turangi.

There have been many other quakes which Geonet said were too small to have been noticeable.

Earlier, a magnitude-4.3 earthquake struck in Fiordland just after 2.30am, centred 55km west of Te Anau. It registered at a depth of 25km.

Some smaller quakes in the area have continued through the morning.