An online gun dealer has welcomed the police move to tighten the rules relating to the purchase of weapons over the web. 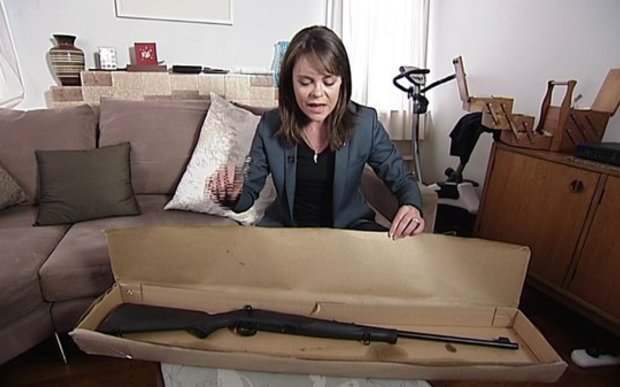 The police are changing the process in light of an item on the TV3 program Story, in which presenter Heather Du Plessis-Allan bought a gun online without a licence.

Police said a criminal investigation was under way.

Online buyers will now have to visit a police station, present their licence and have verified documentation that the police will pass directly to the dealer.

Previously, the buyer was able to send the documentation to the dealer independently.

Don Perry, who owns the online retailer Gun Supplies, said it was a good move and will help safeguard all involved.

He said he had never heard of anyone using false details to buy a gun online before.

Du Plessis-Allan said on the programme that it was "too easy" for the system to be hoodwinked, and called for it to be changed. She said Story had surrendered the firearm to police.

Police said they were investigating an incident where a woman used false details to fraudulently obtain a firearm from an online dealer.

They said to obtain a firearm online, the buyer must provide the seller with a written order countersigned by police to prove they had a current license.

Police Minister Michael Woodhouse said he was not sure a loophole existed.

A police spokesperson said possessing a firearm without a license could result in a sentence of three months imprisonment or a fine of $1000.