People living near Radio New Zealand's huge transmission mast at Titahi Bay have been told the tower would now probably not survive a Wahine-type storm. 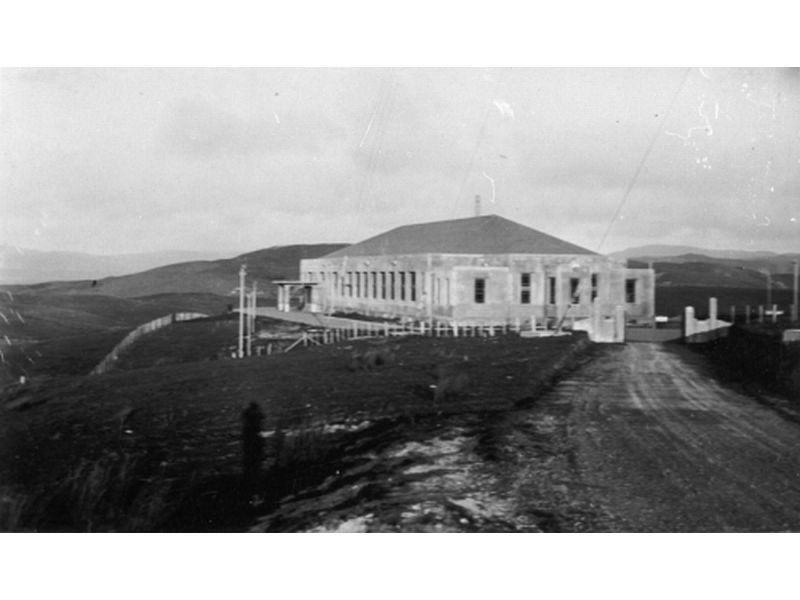 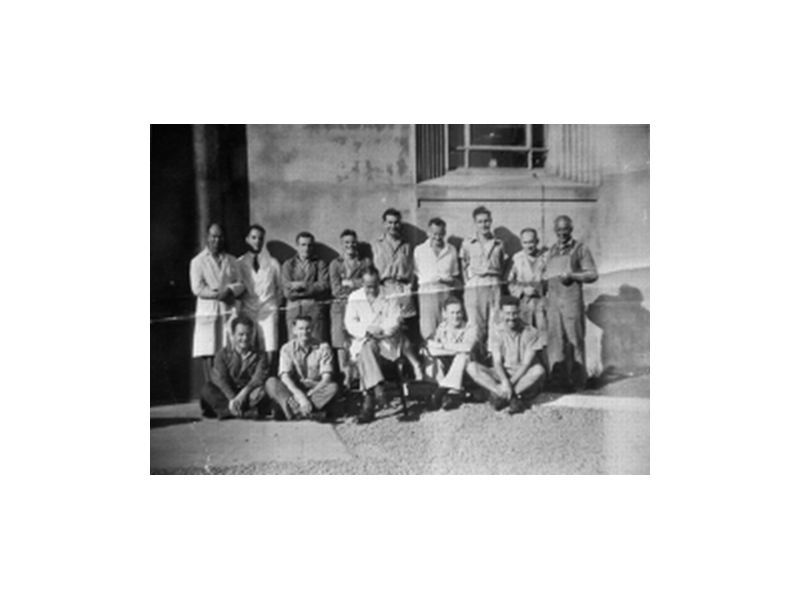 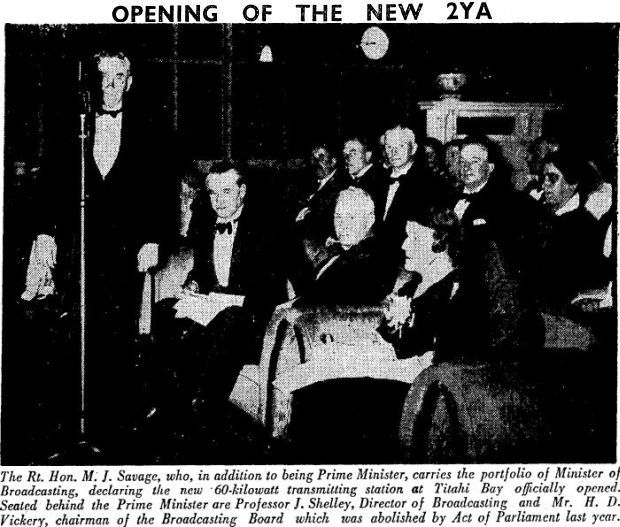 The opening of the new 2YA transmitter is covered in the Evening Post, 26 January 1937. via Papers Past 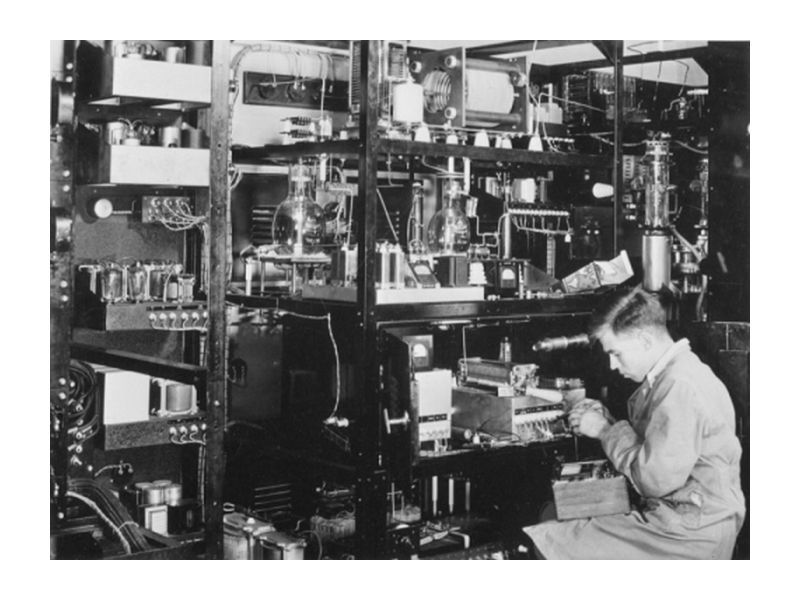 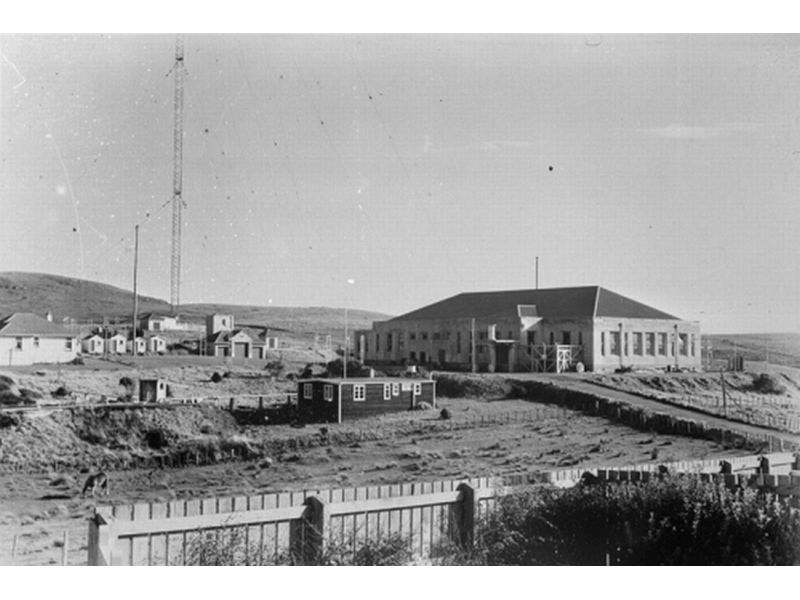 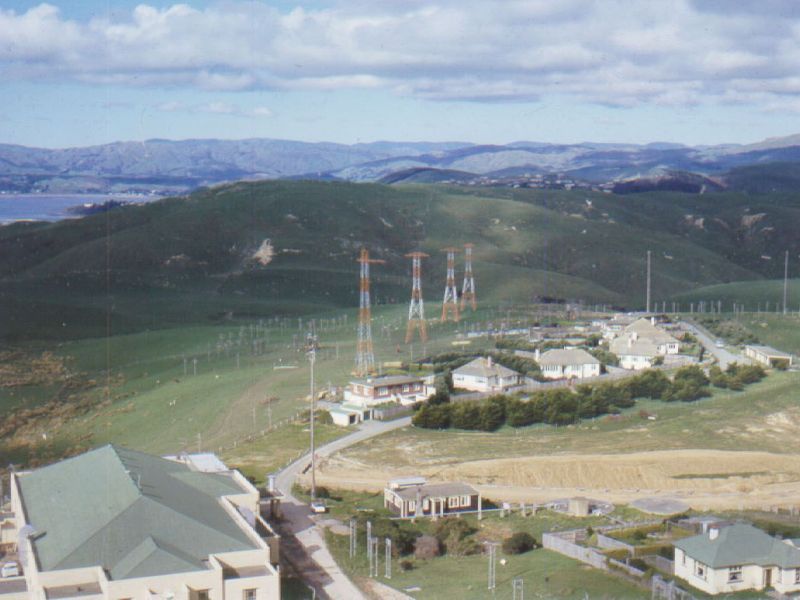 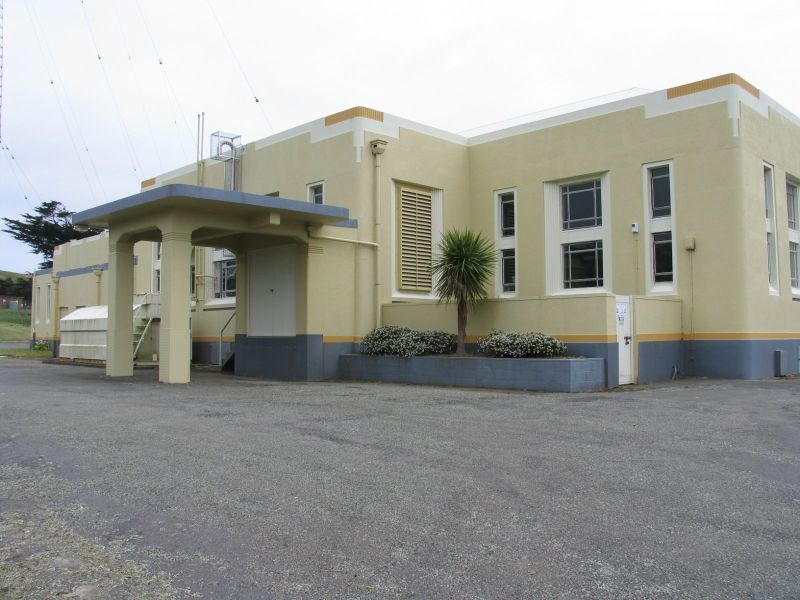 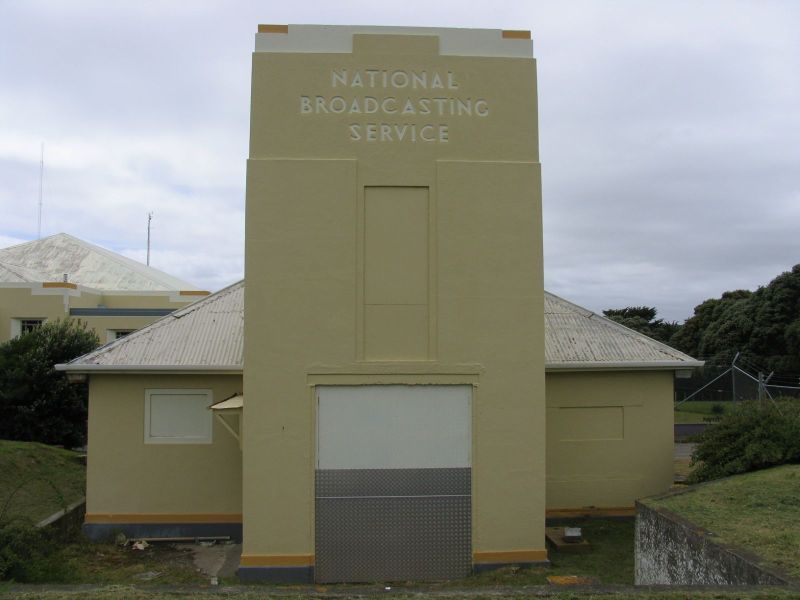 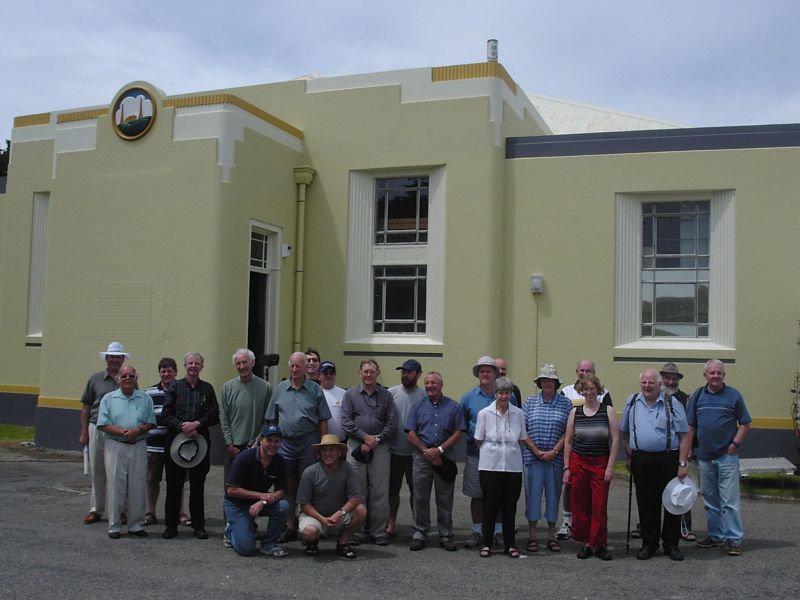 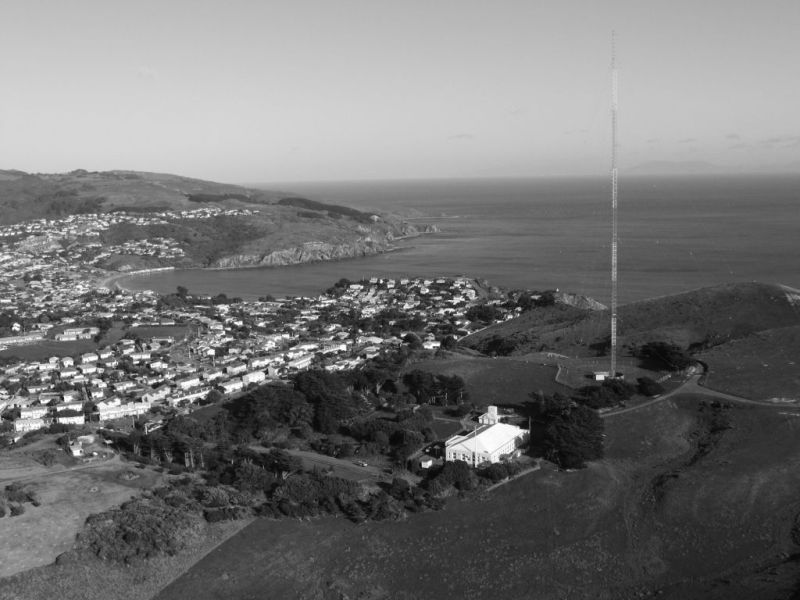 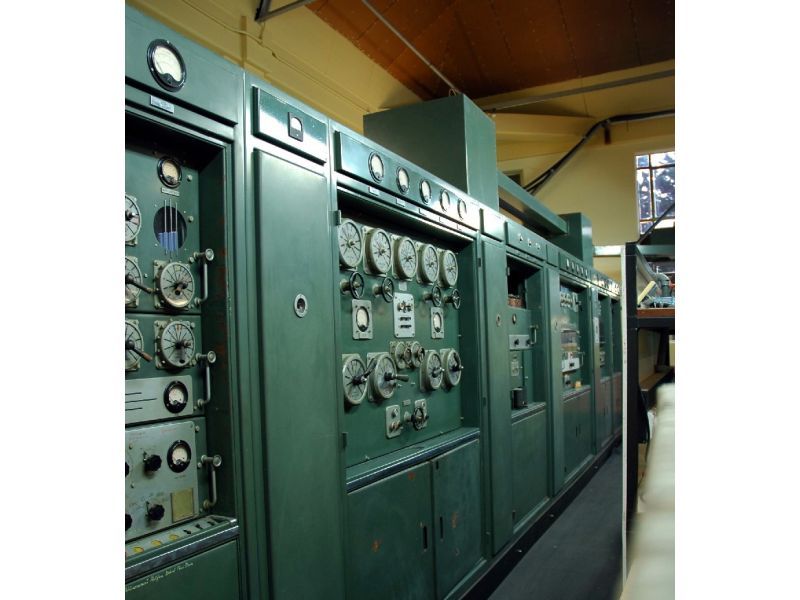 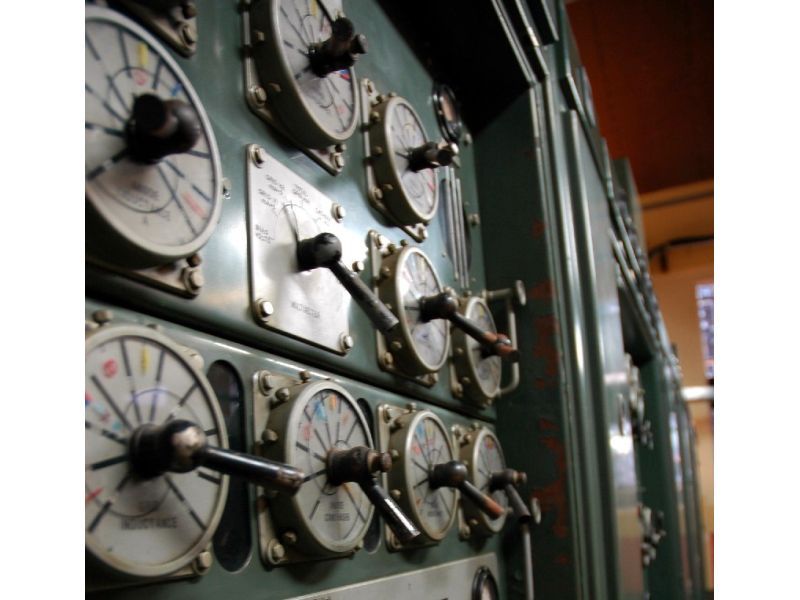 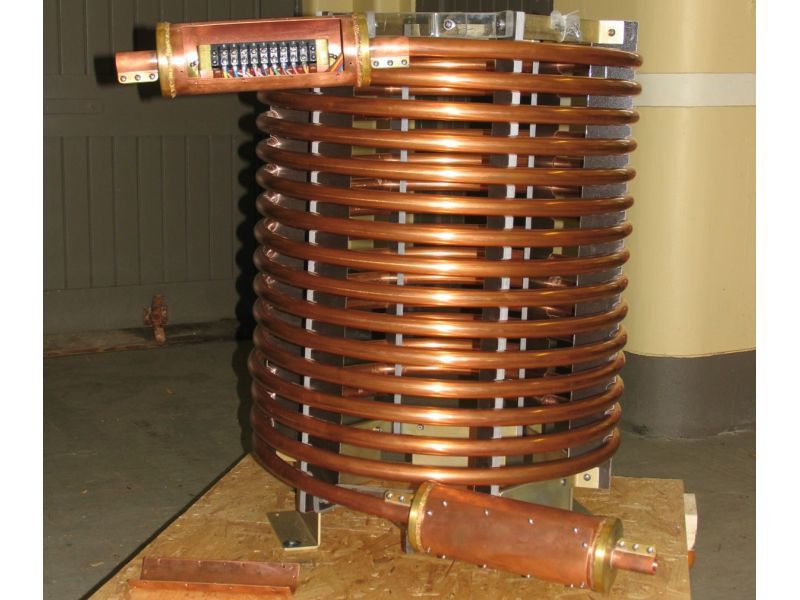 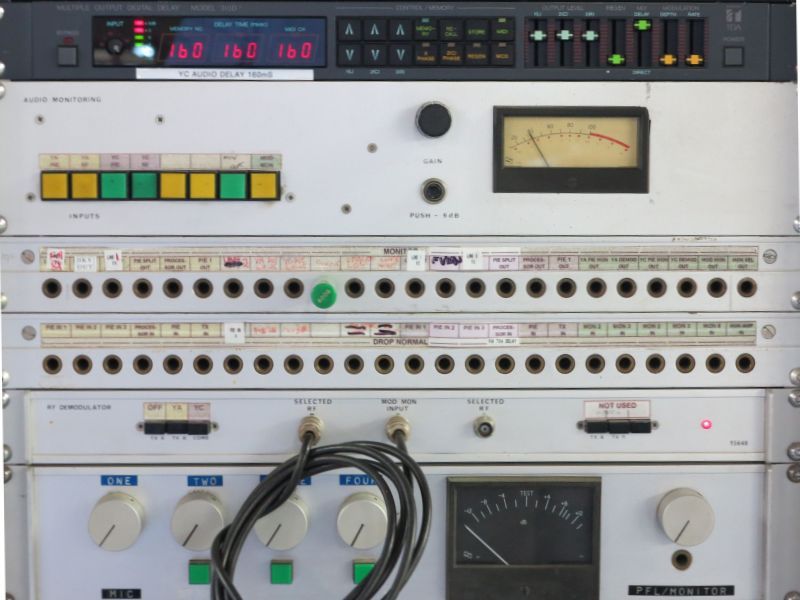 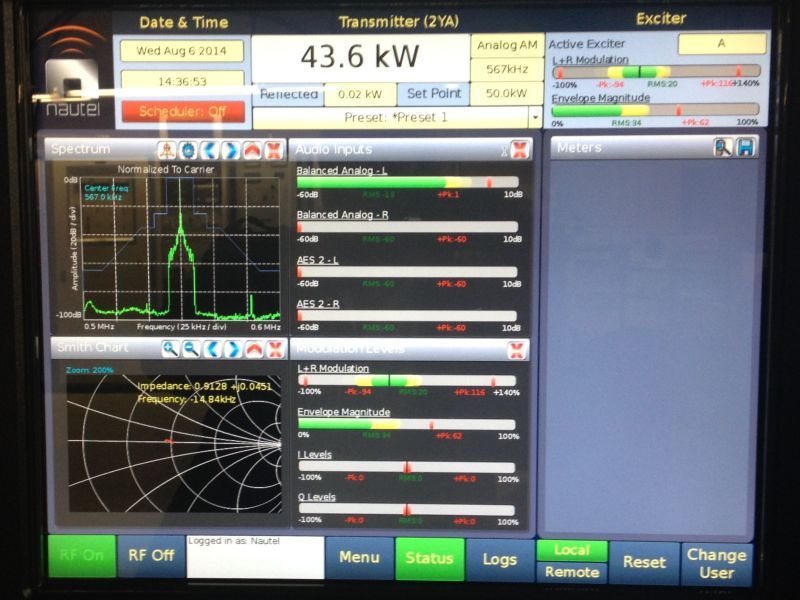 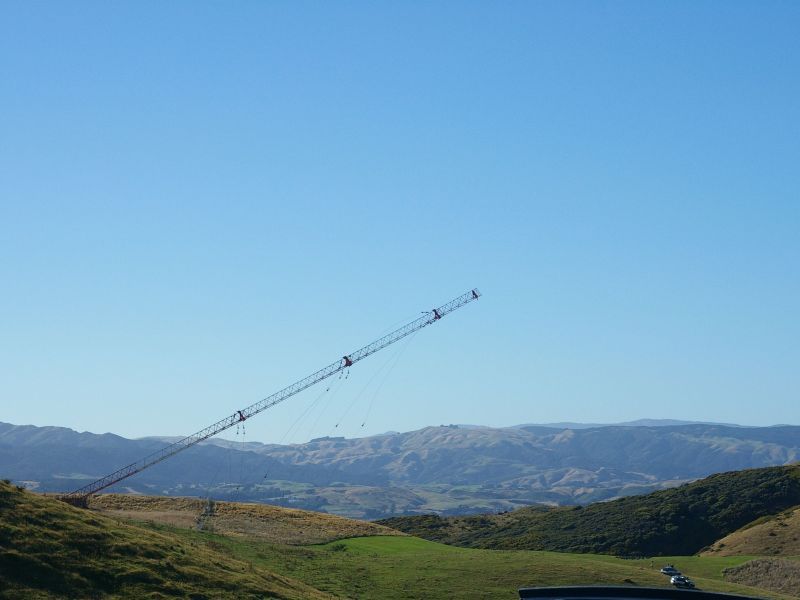 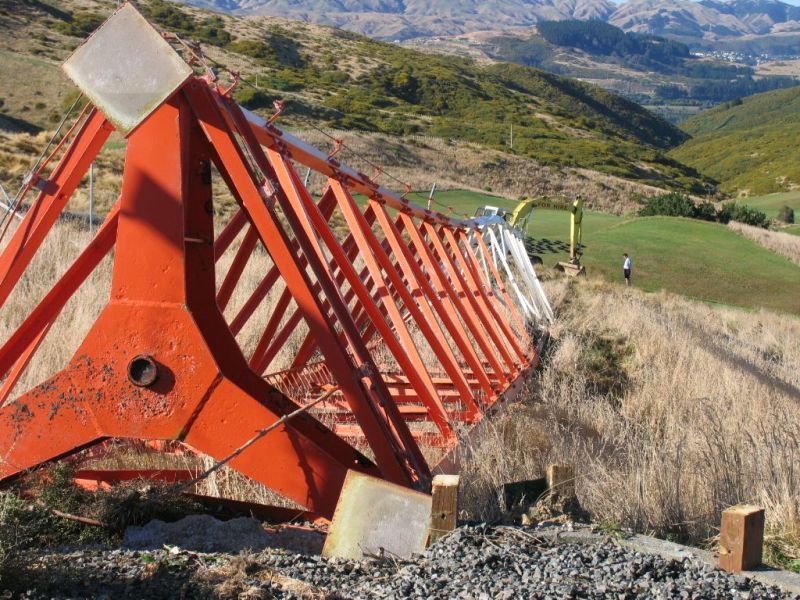 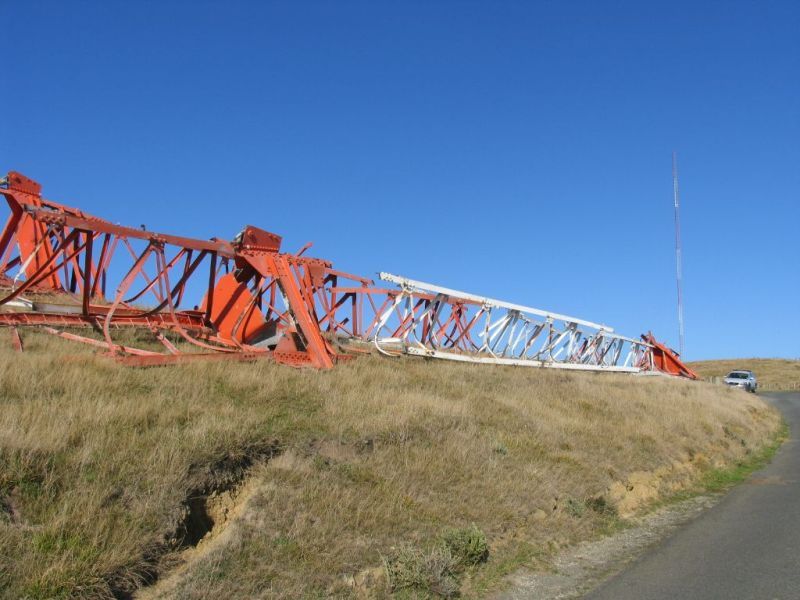 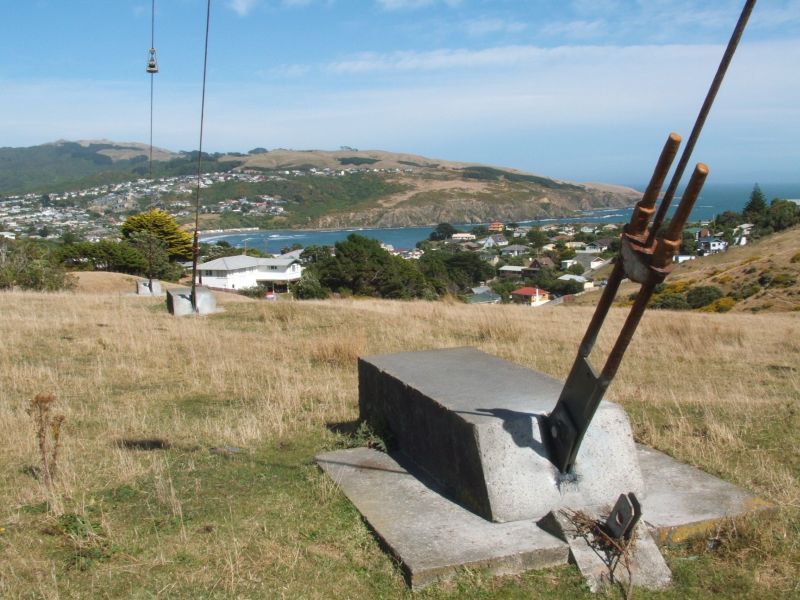 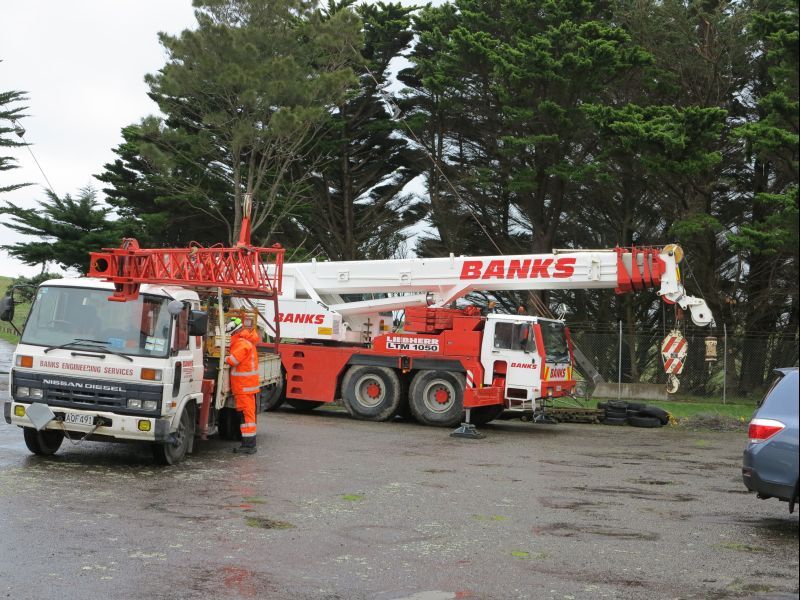 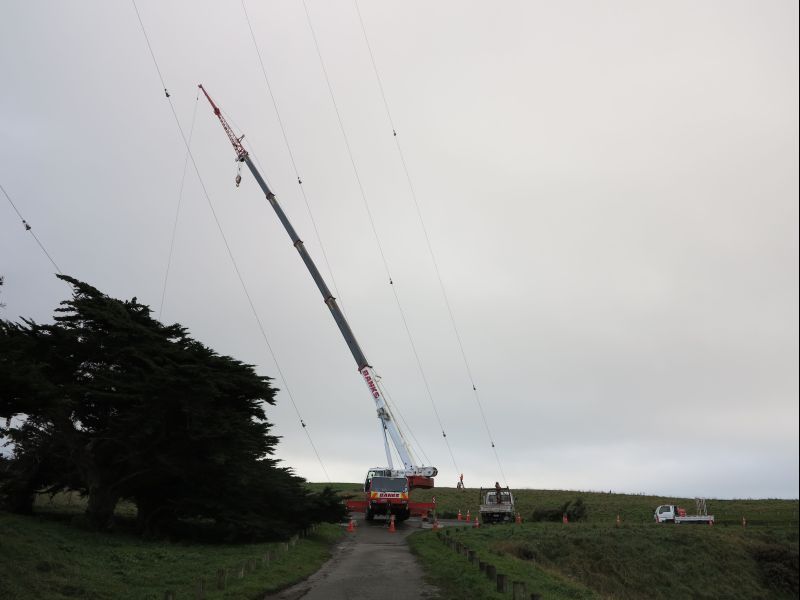 The crane is deployed. 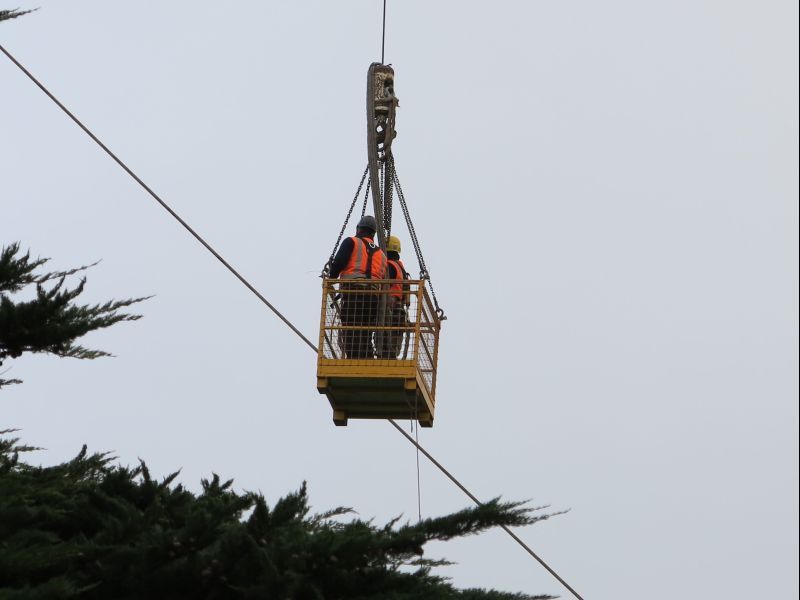 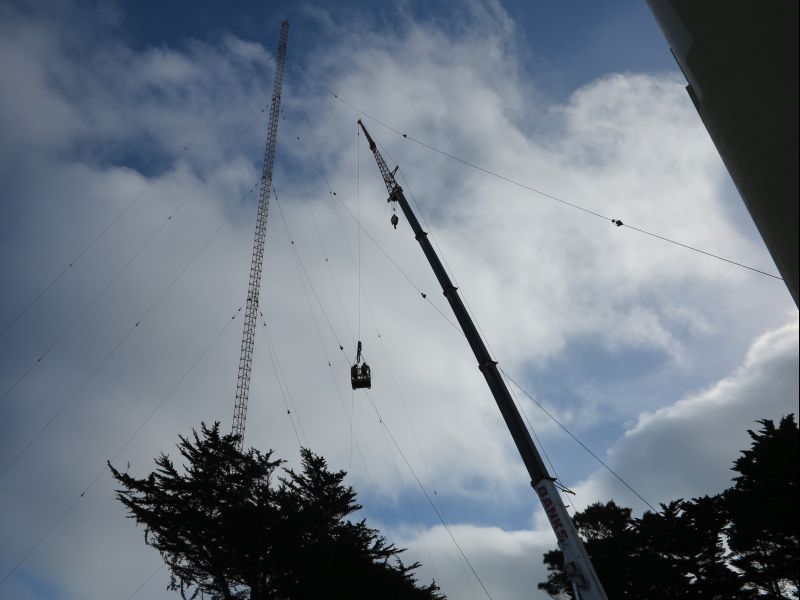 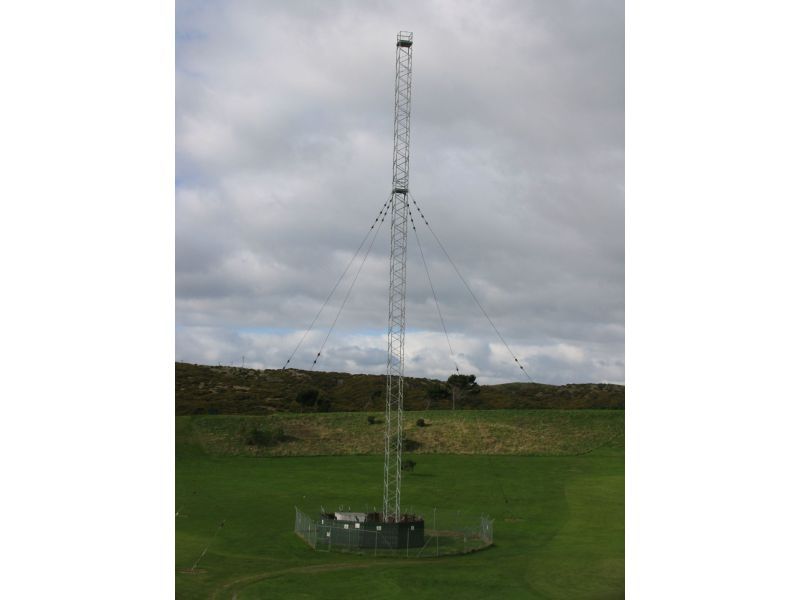 The 220 metre tower -- second in height only to Auckland's Sky Tower -- was designed to withstand a 1-in-2,500 year storm, but is now badly corroded.

Senior Radio New Zealand managers met with locals last night to tell them when the mast, along with a smaller one, would be taken down.

The meeting took place at the Titahi Bay Golf Course.

The golf club's former president, Ken Douglas, who is also a local councillor and a former trade unionist, said, "The locals call them 'the goalposts'. When you're travelling down from the north, when you see the goalposts, you know you're in Wellington rugby territory" .

He said the masts were iconic, but didn't have to last forever.

"The masts have always been a feature of the club. So it's one of those things, times change and other perceptions will change, too, I guess," he said.

Built in the late 1970s to replace the original mast erected in the 1930s, the 220-metre high transmission tower is to come down before the end of the year - hopefully on a still day before Christmas, with a bit of warning so the locals can watch. 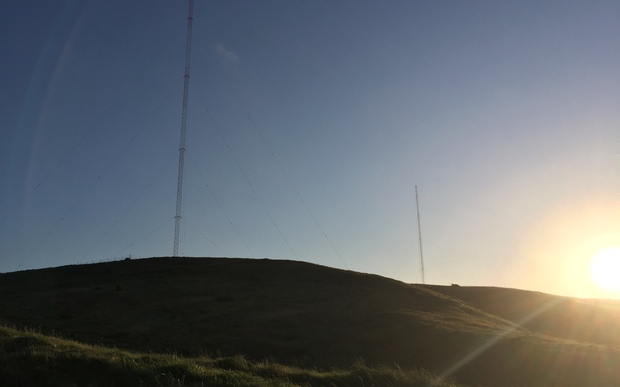 But, for some that would be too soon, as they do not want the mast down at all, as one local woman told Radio New Zealand head of technology Matthew Finn when he outlined the plan to remove the mast in early December.

"That's before people can protest though, isn't it? It's a very historical mast, so has there been any consideration for the continuation of those masts as to their historical value to New Zealand?" said the woman.

"We can't keep it going for its historical value if it's a risk to human life," Mr Finn said. "That's the most important risk factor."

Murray White was the engineer who discovered how badly the masts had corroded.

"So typically when a mast collapses unexpectedly, it buckles about mid height. And in this instance it's likely to buckle," Mr White said. "If it buckles between the first and second set [of guy wires], we're likely to get a length of mast falling out about 160 metres."

Mr White said the nearest boundary was 210 metres away.

Dante Christensen lives nearby with his partner. In July 2013, just after they moved to the area, a storm left them wondering about the big mast outside.

"Our power was cut for a couple of days, and we actually joked about whether that mast might fall down," he said. "After finding out about the engineering issues with it, that joke's become a bit of a reality."

The public broadcaster will also bring down the 53 metre mast, which is inside the golf course. But since it was cordoned off a week ago, Joe Tepania has not been able to play a full round.

"Never mind dithering with the process, the object's to get it down. So the sooner [Radio New Zealand] brings it down, the sooner we get back to our business of playing golf," he said.

As well as safety, heritage, and golf, there were aesthetic concerns.

One person asked whether the replacement masts, if they were in the same spot, would look much the same or "incredibly different": "modern masts, or masts of the future?".

Radio New Zealand staff told the meeting the company had no firm plans for the site after the masts come down, but said AM transmission will continue uninterrupted.