A Huntly couple have been reunited more than eight decades after they were both brutally murdered. 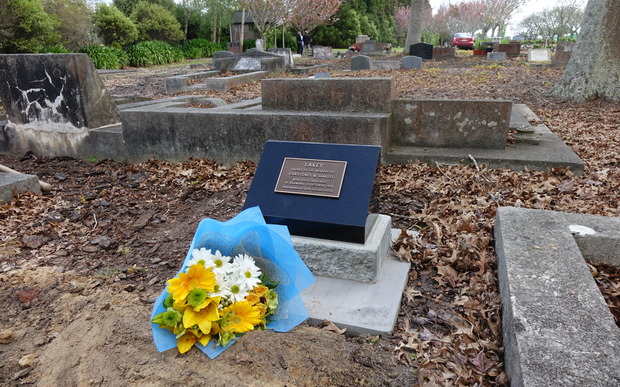 Flowers are placed on the new memorial plaque for Samuel and Christobel Lakey at Huntly Cemetery. Photo: RNZ / Joanne O'Brien

The remains of Samuel Pender Lakey were interred alongside his wife Christobel at the Waikato town's cemetery this morning.

With no known relatives, Mrs Lakey was buried in an unmarked grave in Huntly Cemetery following the couple's murder at their Ruawaro farm near Huntly in 1933. 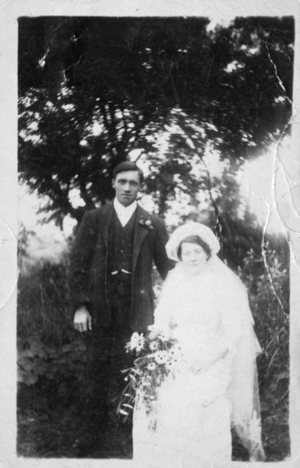 New Zealand Police Museum curator Rowan Carroll said the little that was recovered of Mr Lakey's remains was kept as evidence, then stored in the museum in Porirua and used as a training tool to show that a whole body wasn't required to prove a murder had occurred.

"Over time the remains were no longer needed, so they were kept [as] koiwi tangata along with the other human remains in the museum's collection. But it has just been recently that we decided that it really was time to repatriate those people back to their families, back to their loved ones."

The first anyone knew of the Lakeys' murder back in October 1933 was when neighbours went to investigate.

It was Joyce Sanson's grandfather who discovered Mrs Lakey's body.

"They were all farmers around and they all went to see why the cows hadn't been milked. It's just something that just doesn't happen you see."

It must have been a gruesome discovery for Mrs Sanson's grandfather, for it was later established that Mrs Lakey had suffered a heavy blow to her face, and her head had been held underwater in a duck pond.

Mrs Sanson's husband, Murray Sanson, was just a boy in the neighbourhood when the Lakeys were murdered. He said he remembered the case well.

"The police in particular, I think there was a hundred police out there in the early stages of the thing. They were hunting for the Lakeys' bodies." 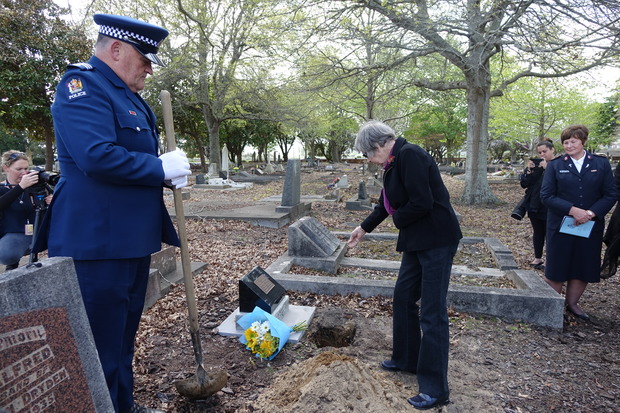 It took seven weeks for detectives to find enough of Mr Lakey's body to proceed with a double homicide investigation.

Human remains and clothing were found in the garden of William Alfred Bayley, another neighbour of the Lakeys, which helped establish he had shot Mr Lakey and burned his body in a drum.

Bailey had scattered Mr Lakey's remains and destroyed his best possessions to make it appear as if he'd killed his wife.

Murray and Joyce Sanson said memories of Bailey lingered in the community.

"Oh, he was just a bad man, I think, I can remember him vividly," Mr Sanson said.

"I remember my mother telling me when I got older, that she found him a very scary and arrogant man," Mrs Sanson added.

Bayley was convicted of the double murder and hanged at Mt Eden Prison in 1934. 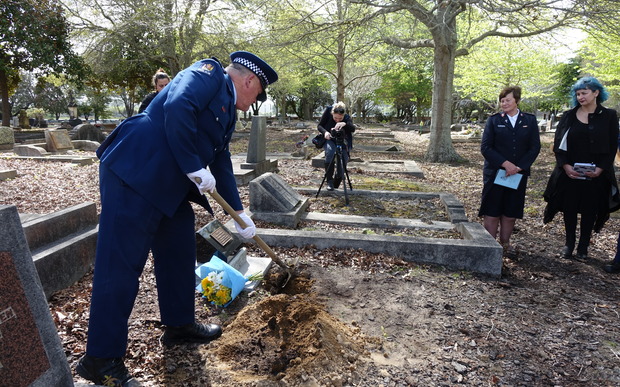 Mr Lakey's remains are the last of 37 sets of remains from the police museum to be returned or cremated. Photo: RNZ / Joanne O'Brien

Mr Carroll said a dispute over grazing may have been a motive for the attack, but Bayley had also been implicated in an earlier murder.

She said the case was huge at the time and the interment of Mr Lakey's remains was important to the police and the people of Huntly.

"The tale really is I suppose, apart from the fact that they were murdered in a very terrible way, was that they had a very strong love for one another, and that their community really liked them also. So for us to be able to bring Samuel back here and reunite him with his wife is really important to everyone."

Mr Lakey's remains are the last of 37 sets of remains from the police museum to be returned or cremated.

A memorial plaque has been erected to mark the couple's final resting place in the Huntly Cemetery.