Otago University denies it is punishing staff members over a decision to make them take a day of annual leave, if they stayed home during a recent shooting threat. 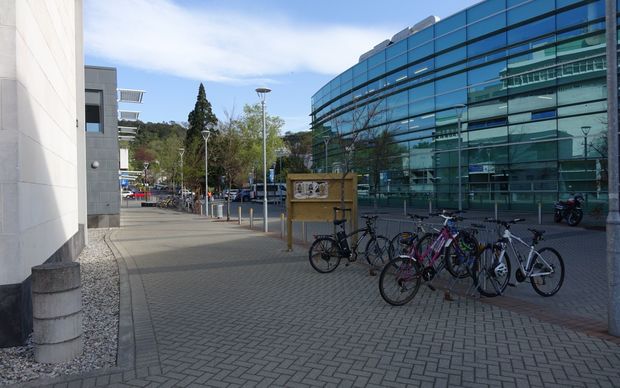 An empty Otago University campus at the time of the threat. Photo: RNZ / Peter Newport

The university's Dunedin campus was on high alert two weeks ago after an anonymous threat on an online messaging board about a mass shooting.

The posting on the 4chan discussion group included a picture of a gun and referred t other "massacres and shootings".

It came a few days after a mass shooting at a college in Oregon, US, which horrified the world.

Two-thirds of Otago students stayed away the day of the threat. The threat turned out to be a hoax.

Otago University has since advised staff who decided not to go to work because of the risk, that they would have to take one day less of their annual leave allowance because the campus was open for business as usual.

The University's human resources director, Kevin Seales, said the decision was fair because the campus was relying on its staff to be there to look after students who did attend.

But the Tertiary Education Union said it was a mean-spirited and an unreasonably punitive move and it was taking legal advice on the University's decision.

Union organiser Shaun Scott said staff were upset and complaining about the decision.

"The union thinks it's a completely miserable and mean-spirited approach from the employer to deduct annual leave from staff who stayed away from university out of concern for their own physical health and safety, and also their emotional and psychological health and safety."

It is not known how many staff stayed home, though the number is not believed to be large.

Several food outlets had to close for lack of service staff.

The university said counting the day as leave was the fairest way because the campus was open for business as usual and relying on staff to support the students who did attend.

The university's human resources director Kevin Seales said it stood by its decision.

Mr Seales said the university did not know how many staff stayed home.

Health and safety lawyer Hazel Armstrong said the move was punitive and could be challenged.

"It could be regarded as a breach of their collective employment agreement, because it sounds like a unilateral imposition of a deduction. Or individuals could lodge a personal grievance, because of the disadvantage they'd suffered by the action of their employer."

"Let's think if this was a natural disaster and staff stayed away - I doubt that they would have their pay cut then. I think this is harsh and unnecessary. At best Otago University is playing the letter of the law, certainly not the spirit."

Mr Cunliffe said the police had indicated non-essential staff could use their judgement.

The Tertiary Education Union is taking legal advice on the university's decision.